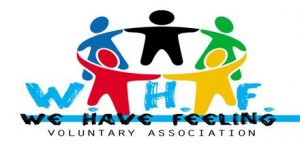 A voluntary group or union (also sometimes called a voluntary organization, unincorporated association, common-interest association, or just an association) is a group of individuals who enter into an agreement as volunteers to form a body (or organization) to accomplish a purpose. Common examples include trade associations, trade unions, learned societies and professional associations, environmental groups, and various other types of groups. Membership is not necessarily voluntary, as it may be effectively required in order to work, which has led to a preference for the term common-interest association to describe groups which form out of a common interest. Associations may also be incorporated rather than unincorporated; for example, in the United States associations gained additional powers by incorporating.

Voluntary groups are a broad and original form of nonprofit organizations, and have existed since ancient history. In Ancient Greece, for example, there were various organizations ranging from elite clubs of wealthy men (hetaireiai) to private religious or professional associations.

In preindustrial societies, governmental administrative duties were often handled by voluntary associations such as guilds. In medieval Europe, guilds often controlled towns. Merchant guilds enforced contracts through embargoes and sanctions on their members, and also adjudicated disputes. However, by the 1800s, merchant guilds had largely disappeared. Economic historians have debated the precise role that merchant guilds played in premodern society and economic growth.

In the United Kingdom, craft guilds were more successful than merchant guilds and formed livery companies which exerted significant influence on society.

A standard definition of an unincorporated association was given in the English trust law case Conservative and Unionist Central Office v Burrell (1981):

…where two or more persons are bound together for one or more common purposes by mutual undertakings, each having mutual duties and obligations, in an organization which has rules identifying in whom control of the organization and its funds are vested, and which can be joined or left at will.

Associations that are organized for profit or financial gain are usually called partnerships. A special kind of partnership is a co-operative which is usually founded on one person—one vote principle and distributes its profits according to the amount of goods produced or bought by the members. Associations may take the form of a non-profit organization or they may be not-for-profit corporations; this does not mean that the association cannot make benefits from its activity, but all the benefits must be reinvested. Most associations have some kind of document or documents that regulate the way in which the body meets and operates. Such an instrument is often called the organization’s bylaws, constitution, regulations, or agreement of association.

Under English law, an unincorporated association consists of two or more members bound by the rules of a society which has at some point in time, been founded.

Several theories have been proposed as to the way that such associations hold rights. A transfer may be considered to have been made to the association’s members directly as joint tenants or tenants in common. Alternatively, the funds transferred may be considered to have been under the terms of a private purpose trust. Many purpose trusts fail for want of a beneficiary and this may therefore may result in the gift failing. However, some purpose trusts are valid, and, accordingly, some cases have decided that the rights associated with unincorporated associations are held on this basis. The dominant theory, however, is that the rights are transferred to the members or officers absolutely, perhaps on trust for the members, but are importantly bound by contracts inter se.

Accordingly, on dissolution, the distribution of these rights depends on how they were held. A purpose trust may by its nature survive the dissolution of the association, or it may not. If it fails as a result of the dissolution, then the rights will be held on resulting trust for the contributors, unless they can be shown to have renounced their right to such a trust in their favour. If the rights are held subject to contract, then they will be divided among the surviving membership upon dissolution, according to the terms of the contracts inter se or an implied term according to contribution. If, as a result of this contract or statute, no member can claim, the rights will pass to the Crown as bona vacantia. This conclusion has also been suggested where the association dissolves because only one members remains, although this has been doubted by some commentators who believe the last members should be entitled to the rights.

Scottish law on unincorporated associations is essentially the same as English law.

Each state sets its own laws as to what constitutes an unincorporated association and how it is to be treated under the laws. In the United States, voluntary associations which were incorporated were “pre-eminent” in collective action.

In California, during the 1980s, then Los Angeles district attorney Ira Reiner decided to use California’s unincorporated associations law to attack street gangs and the habit of their members of tagging graffiti in public spaces, in an attempt to abate vandalism and to recover cleanup costs. He sued the street gangs by name, with cases titled such as City of Los Angeles v. The Bloods and City of Los Angeles v. The Crips, which then allowed the city to go after any member of the street gang, as a member of the unincorporated association being sued, for damages resulting from graffiti tagging involving that gang’s name

In most Australian states and territories, a similar set of laws allows not-for-profit associations to become legal entities with a limit to the liability of their members. An example of such a law, the Associations Incorporation Act that is in force in South Australia, allows for the creation of a legal entity able to buy and sell land and in general, enter into legally binding contracts. Many clubs and societies begin life as an unincorporated body and seek to attain incorporated status to protect its members from legal liability and in many cases to seek government financial assistance only available to an incorporated body. Clubs and societies wishing to incorporate must meet the provisions of the relevant state act and lodge their constitution with the corresponding state government authority.

Under the Quebec Civil Code an association is categorized as a type of statutory specific contract set forth in a constitution. An association can become incorporated with its own legal identity so that it may, e.g., open a bank account, enter into contracts (rent real estate, hire employees, take out an insurance policy), or sue or be sued.

Certain civil-law systems classify an association as a special form of contractual relationship.