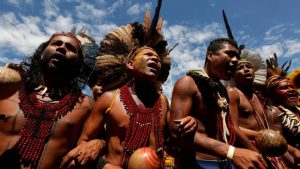 Around the world there are more than 5,000 different Indigenous Peoples, speaking more than 4,000 languages.

They have different customs and cultures, but they do share some unpleasant realities: removal of their lands, denial of their culture, physical attacks and being treated as second-class citizens.

Indigenous Peoples are often marginalized and face discrimination in countries’ legal systems. This leaves them at further risk of violence and abuse. Indigenous human rights defenders who speak out face intimidation and violence, often supported by the state.

Peaceful efforts of Indigenous Peoples to maintain their own cultural identity or exercise control over their traditional lands and resources can be branded treason or “terrorism”.

Despite the vast differences between Indigenous populations across the globe, many Indigenous peoples experience similar struggles. These include access to their traditional lands and recognition of their rights, including the right to practice their cultures, to speak their languages, and to engage in traditional economies and political systems, among other rights. We do not aim to profile these specific groups from across the globe but instead attempt to present some ways in which some of these groups have united across political borders and geographic locations, in the face of political opposition and countless other barriers, in order to engage with the international community and have their rights recognized. 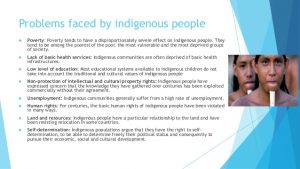 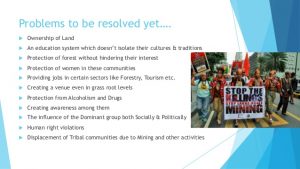