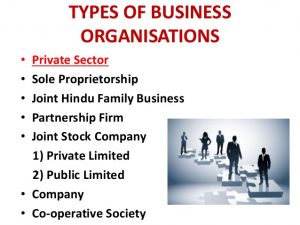 A company can be defined as an artificial person law – invisible, intangible, created by law with a discrete legal entity, perpetual succession and a common seal. It is not affected by the death, insanity or insolvency of an individual member. The English word Company has its origins in the old French military term compaignie , first recorded in 1150 meaning a body of soldiers originally taken from the Late Latin word companio , companion , one who eats bread with you , first attested in the Lex Salica as a calque of the Germanic expression gahlaibo related to Old high German galeipo companion and Gothic galaiba messmate .By 1303 , the word refers to trade guilds. Usage of company to mean Business Association was first recorded in 1553 and the abbreviation “co “ dates from 1769 . 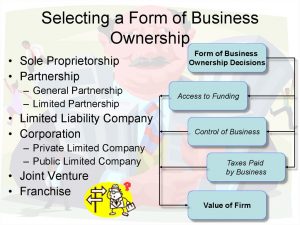 There are different types of companies that can be formed in different jurisdictions but the most common forms of company (generally formed by registration under applicable companies legislation) are :

On the basis of formation:

Statutory companies: These are companies created under a special act of the legislature. Eg: SBI , UTI, LIC etc.

Chartered companies : It is a company formed by a charter empowered by a monarch. Eg: East India Company Limted.

(i)restricts its right to transfer shares if any

(ii)limits the number of members

(iv)Prohibits any invitation or acceptance of deposits from persons other than its , members or relatives.

PUBLIC COMPANY : A public company means a company which :

Is not a private company { In other words , it should not have the restrictions under Sec 3(1)(iii) in its articles.

On the basis of liability of members :

A company limited by guarantee: Commonly used where companies are formed for non- commercial purposes such as clubs or charities. The members guarantee the payment of certain amounts if the company goes into ins.olvent liquidation but otherwise they have no economic rights in relation to the company. This form of is usually found in England.

A company limited by shares: The most common form used in business ventures. It is a company where the liability of share- holders is limited to the amount of share- capital owned by them..

A company limited by guarantee with a share – capital: It is a hybrid entity. It is usually used when the company is formed for non-commercial purposes. The activities are partly funded by members who expect a return.

A company with limited liability: A company statutorily authorized in certain states that is characterized by limited liability, management by members or managers and limitations on ownership transfer (L.L.C).

An unlimited company: A hybrid entity where the liability of members or shareholders are not limited. Such companies are very uncommon now-a- days.

The whole formation of a company may be divided into four stages , namely :

Floatation or Raising of business

Sec 2(28) –Memorandum means memorandum of association of a company as originally framed or as altered from time to time in pursuance of any previous company law or of this act. It is constitution of the company which lays down the fundamental conditions upon which the alone the company is allowed to be formed.

Sec 2(2) – They are the bye-laws of the company according to which the director and other officers are required to perform the functions as regards the management of the company , its accounts and audit. They are subordinate to the Memorandum Of Association. They can be altered by passing a special resolution.

A prospectus as per Sec 2(36), means any document described or issued as prospectus and includes any notice ,circular or advertisement or other document inviting deposits from the public or inviting offers from the public for the subscription or purchase of any shares or debentures of a body corporate. A prospectus constitutes the basis of contract between the company and the person who purchases shares or debentures. A prospectus must tell the truth , the whole truth and nothing but the truth.

Thus a prospectus is not merely an advertisement .It may be a circular or even a notice. A document shall be called a prospectus if it satisfies two conditions:

It invites subscription to shares or debentures or invites deposits

The aforesaid invitation is made to the public

As per Section 67, invitation to public includes :

Invitation calculated to be made available even to those who do not receive the same.

Invitation to 50 or more persons.

MIS-STATEMENT IN A PROSPECTUS AND ITS CONSEQUENCES

A statement included in a prospectus shall be deemed to be untrue if the statement is misleading in the form and context in which it is included; and

Where the omission from a prospectus of any matter is calculated to mislead, the prospectus shall be deemed in respect of such omission to be a prospectus in which an untrue statement is included (Rex Vs Kyslant)

LIABILITY FOR MIS-STATEMENTS IN A PROSPECTUS

WHO CAN BE SUED ?

Where a person has brought shares on the faith of a prospectus which is misleading because of a mis-statement in or omission from the prospectus , he may have a legal remedy against all or any of the following:

Every person who authorized the issue of the prospectus.

An allottee must prove that :

The misrepresentation was of fact

It was in respect of a material fact

He acted on the misrepresentation

He has suffered damages in the consequences

The directors , promoters and experts

Remedies against the company:

A person who has been induced to subscribe for shares may

Rescind the contract to take the shares

When a person has purchased the shares of the company on the faith of a prospectus which contained an untrue or misleading statement , he can seek rescission of the contract.This right is based on the general rule that a contract induced by a material representation is voidable and may at the option of the party so induced be rescinded. The right to rescind the contract is available if it proves the following:

Statement must be untrue .The prospectus must contain some false information whether fraudulent or innocent.

Statement must be a material misrepresentation .The false statement contained in the prospectus must be material to the contract to take shares or debentures .

Misrepresentation must be of fact and not of law

He must have taken action promptly to rescind the contract.The share-holder must start proceedings for rescission within a reasonable time and before the company goes into liquidation.

Loss of right to rescind the contract:

The subscriber loses his right to rescind the contract in the following cases :

(a)Unreasonable delay : The right to rescind is lost if the share-holder fails to take any action within the reasonable time after he has come to know the misrepresentation in the prospectus.

(b)Affirmation : If the share-holder with full knowledge of mis-representation in the prospectus affirms his contract for purchase of shares he cannot rescind the contract afterwards.

(c) Right of action for damages to deceit: In cases where the mis-statement in the prospectus amounts to fraud injured party is also entitled to sue the company for damages provided he has rescinded his contract in time.