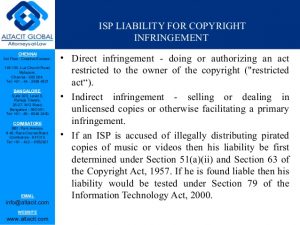 In considering the possible liabilities for copyright infringement under the CDPA it is necessary to consider… Here, it should be considered whether the image itself has infringed the copyright of the authors of “Family Guy” and also whether the screenshot itself could have its own protection under the legislation.

Copyright only protects various categories of works, laid out in s.1(1) CDPA and unless a work falls within one of these statutory definitions, it will not be protected by copyright. Clearly the television show “the Family Guy” satisfies the definition of a “film” within s. CDPA?.

Under UK law the copyright owner has a bundle of rights which he can prevent others from exercising. Possible relevant ‘restricted acts’ here include the right to copy the work; issue copies to the public; to perform show or play the work in public; to communicate the work to the public; and to make an adaptation of the work or do any of the above in relation to the adaptation. Copyright in a work is infringed by a person who does or authorises another to do any of the acts restricted by copyright without the licence of the copyright owner.

Here, an ‘adaptation’ of the work has been made by converting part of the cartoon from the medium of a ‘film’ (under the definition of s.? CDPA) into a digital image. Further, copies of this adaptation could be deemed to have been issued to the public, showed in public or communicated to the public. Given the nature of the technology, “copying” and “distributing” would be relatively easy to satisfy since every time a webpage is accessed a copy is sent to the server……and this argument has been successful in a number of decisions. (and v wide definition of copying to include transient or incidental to some other use- p.465 cornish)

However, the infringement itself must be in relation to a ‘substantial’ part of the copyrighted work. On a literal interpretation, it would seem that the screenshot is not a substantial part of the Television show, since it is merely a single still frame of a whole cartoon series. Nevertheless, it has been held that the term ‘substantial’ relates to quality not the quantity. In the House of Lords decision of Newspaper Licensing Agency Ltd (NLA) v Marks and Spencer Plc Lord Hoffmann made clear that ‘quality’ should be determined by reference to the reason that the work is protected by copyright. Clearly here, the primary purpose of copyrighting of the “Family Guy” would be to protect the artistic creativity of the cartoon characters themselves. Therefore, it would seem to be a strong case that the copying of the original work was ‘substantial’ since the screenshot is wholly displaying two characters.

Since infringement would be relatively easy to satisfy, the next issue is who would be liable were the picture to be uploaded and displayed on the website. The law makes clear that there is liability for both primary infringement and also secondary infringement…

Under s.16(2) CDPA, copyright in a work may be infringed by a person who without the licence of the copyright owner authorises another to do any of the acts restricted by the copyright. Therefore, although another person may be the direct infringer, the person found to have authorised such infringement will be liable under a separate action. In 1988 the term ‘authorised’ was considered by the House of Lords in CBS Songs Ltd v Amstrad Consumer Electronics plc. It was held that to mean “sanction approve and countenance”. The court distinguished between conferring the power to copy and granting the right to copy. The court also distinguished the Australian case of Moorhouse v University of South Wales which held that liability would arise where a party exercises a degree of control over equipment used to infringe copyright and could reasonably know or suspect that the machine would be used for infringement.