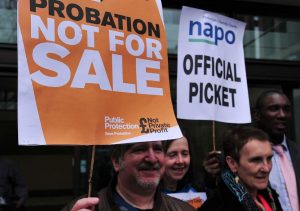 Corruption of probation and parole officers

s the discretion in probation exists at the point off sentencing; probation officers make recommendations to judges concerning sentences. Probation officers write pre-sentence reports to help judges decide sentences, but research has found that there may be errors in the information presented and that some officers are not as through as others in gathering information. Probation and parole officers have the authority and power to recommend revocation. As the implicit power an officer has over the individuals on his or her caseload must be recognized as an important element off the role, not to be taken lightly or misused. Some practices in decision making are clearly unethical and illegal.

However, probation and parole officers may see and hear unethical behaviors and not feel comfortable coming forward with such information. If they work in an office where the rule against exposing such wrongdoing is strong, they may indeed suffer sanctions similar to those of police and correctional officers for exposing others’ wrongdoing. The same management tendency that is seen in law enforcement to hide or ignore wrongdoing on the part of individual officers, this is a misguided in attempt to protect the organization from public scandal; that fears that the blame will be directed at them. As stated there is a tendency to ignore officers who are obviously unable or unwilling to do the job. Officers develop a standard that accept unethical practices and indolence, as this occurs it becomes a hard pattern to change. Souryal (1992) that low pay, a public view that probation and parole are ineffective, and the politicization of parole and probation are factors in professionals’ feeling that their role is vulnerable. 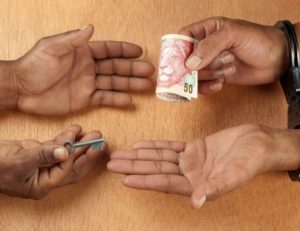 There are some probation recommendations based on bribery or favoritism, or decisions not to violate based on unethical criteria. As a New Jersey sandal happened in 2005, reported by Jonathan Schuppe and John P. Martin of Star ledger staff, as of few businessmen; some filed fake tax forms, formed bogus companies and sold phony driver’s licenses. Others steered government contracts to friends and family, took bribes from gambling rings and shook down drug dealers. A few collected unemployment insurance while working public jobs embezzled from federal housing subsidies and traded votes for cash. They were all caught up in misdeeds ranging from criminal offenses to petty ethical lapses. In New Jersey, 2004 was remarkable for how much time and how many resources were spent chasing dishonest officials. Assembling this list of corruption-related events – raids, indictments, sentencing’s, resignations, etc. – reveals an average of one corrupt act playing out on the public stage every three days. (Star ledger staff).

Also another article on corruption, from the Juvenile Justice Digest, states the California parole officials have foiled to maintain proper supervision of high-risk sex offenders to assure that they set up households at least a half-mile from schools. The State Inspector General said two top parole officials either lied about the supervision or failed to understand the state law. The Inspector General speculated that the parole officers might have assumed that frequent relocations would be interpreted that the sex offenders had no fixed address and did not have to comply with the registration requirement. (Juvenile Justice Digest).

Another article dealing with parole offices in corruption is, By Drew Cratchley of Sydney, April 10, a parole officer discussed with two criminals bribing a Catholic priest to falsely certify they had completed their community service orders. The Independent Commission against Corruption (ICAC) was also told that the officer had used drugs with the two men. The ICAC is investigating allegations that Probation and parole Office community service organizer Michael Ishac engaged in corrupt conduct in relation to the CSOs of John Tourni and Brian Khouzame.

As stated from the ethics and community corrections, that law enforcement, a few officers will be lawbreaker. Many others probably slide into corruption because of a lack of organization support for ethical behavior. There are claims that parolees are perceived to be more of a threat to the community, so the supervision role of parole officers is emphasized much more strongly than I probation, where supervision is balanced and with service.