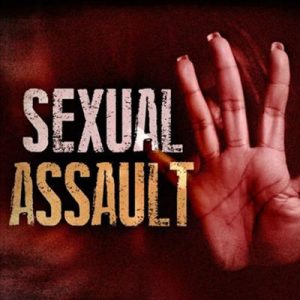 Welcome to the fifth topic in this module guide – Sexual Offences! Sexual Offences encompasses a variety of crimes that include, but are not limited to, rape, assault by penetration, sexual assault, causing a person to engage in sexual activity without consent and sexual offences against children.

The majority of sexual offences are now enclosed within the Sexual Offences Act 2003, which was intended to be a large-scale revision of the law of sexual offences, most prominently, with regards to consent. The act also redefined and clarified a few terms as well as introducing new types of sexual offences. Furthermore, the act offers greater protection to individuals from offenders.

Since almost all sexual offences are now contained within the provisions of the Sexual Offences Act 2003 (SOA 2003), many of the key terms are interchangeable between the various offences.

The definition of rape is set out in section 1, which provides:

Sections 75 and 76 address certain presumptions as to consent and will be considered below.

The offence can be broken down into four elements:

The first two elements contain the actus reus of the offence, the second two the mens rea.

The first part of the actus reus of rape makes it clear that it is an offence that can only be committed by a man. Section 79(3) provides that parts of the body that are surgically constructed fall with the remit of the Act. The limitation on penetration with a penis means that a woman can never be guilty of rape.

The term penetration does not simply apply to the initial penetration, but constitutes a continuing act from entry to withdrawal (s 79(2)).

Firstly, consent forms part of the actus reus and the mens rea of the offence, and therefore it is important to distinguish between the two elements. Secondly, the notion of what constitutes consent is largely a jury question.

For the purposes of this Part, a person consents if he agrees by choice, and has the freedom and capacity to make that choice.

A complainant may or may not consent without any extrinsic demonstration of their frame of mind.

The issue of consent is further complicated by the fact that it can cover a range of reactions ranging from reluctant agreement to an express desire for the penetration to occur (R v Watson [2015] EWCA Crim 559).

The second element contained within the definition of consent relates to the complainant’s capacity to give consent (R v Howard(1965) 50 Cr App R 56).

In R v Cooper [2009] 1 WLR 1786 it was held that the question that must be asked is firstly, whether a complainant is able to understand the information relevant to the decision that they must make and secondly, whether they are able to weigh that information to be able to make a choice.

The second situation where capacity may be a specific issue relates to where a complainant is voluntarily intoxicated (R v Coates [2008] 1 Cr App R 52).

Until relatively recently a woman could not refuse to have sexual intercourse with her husband. This position was changed in R v R [1992] 1 AC 599.

For these purposes, all that is required is that the act of penetration is a deliberate or voluntary one (R v Heard [2008] QB 43).

No Reasonable Belief in Consent

This is not an entirely objective test, in that section 1(2) provides that regard should be had to all of the circumstances.

Particular personality traits or a particular mental disorder might be relevant to whether a defendant can be considered to have a reasonable belief in consent (R v Braham [2013] EWCA Crim 3).

Section 1(2) does not require a defendant to take positive steps in an attempt to ascertain whether a complainant is, in fact, consenting.

Presumptions as to Consent

SOA 2003 creates two distinct types of presumptions as to whether the complainant consented to the penetration.

These presumptions create a degree of difficulty in that where one arises, a defendant must produce sufficient evidence to show that the presumption is rebuttable (s 75(1)). However, it is not necessarily sufficient for a defendant to assert that they believed that, despite the section 75 presumption, the complainant consented (R v Ciccarelli [2012] 1 CR App R 190).

The application of the section is fourfold:

There are six evidential presumptions.

The ability for these presumptions to be rebutted is limited.

There are two conclusive presumptions set out within section 76(2). The first of these provides that a complainant will not be considered to have consented if the defendant intentionally deceived the complainant as to the nature or purpose of the relevant act (s 76(2)(a)).

This presumption will arise where a defendant has, for example, informed a complainant that they are going to perform a medical procedure on them where in reality the defendant simply intends to have sexual intercourse, with the result that the complainant consents to the penetration (R v Flattery(1877) 2 QB 410).

The second conclusive presumption arises where the defendant induces the complainant to consent to the relevant act by impersonating a person known personally to the complainant (s 76(2)(b)(R v Elbekkay [1995] Crim LR 163).

The mens rea of this offence is identical to that discussed above in relation to rape. The actus reus differs in two respects. The first difference is that penetration can be with any part of the defendant’s body or anything else.

The second actus reus element requires the penetration to be sexual.

For the purpose of this Part (except section 71) penetration, touching or any other activity is sexual if a reasonable person would consider that –

The application of section 78(b) is slightly more complex. Where the question as to whether the act is sexual is ambiguous, the jury must consider firstly whether, in its view, the nature of the act may make it sexual and, if it does, whether in the particular circumstances of it, it was in fact sexual (R v H [2005] 1 WLR 2005).

The only element of this offence which requires consideration is touching and a victim does not necessarily need to be aware that they are being touched (R v Bounekhla [2006] EWCA Crim 1217). Nor does the victim’s body need to be touched (R v H [2005] 1 WLR 2005).

Causing a Person to Engage in Sexual Activity Without Consent

This section also has the effect of making a defendant liable if the victim is forced by the defendant to engage in sexual activity with somebody other than the defendant.

Sections 5 to 15 contain offences related to children. The first of these relates to sexual activity of the type set out in the adult offence with a child under the age of 13 (ss 5 – 8). Each of these offences removes any notion of consent from the offence.

The second set of offences applies to children between the age of 13 and 16 (ss 9 -15). In these offences, a defendant may be able to raise a defence if they are able to assert that they reasonably believed the child to be aged 16 or over.

This question is designed to test your knowledge and understanding of sexual offences. Whilst this appears to be a very large area and whilst certain elements of it are quite complex, it is important to remember that many of the key elements are relevant to all of the offences. The result is that although there are numerous offences to learn, large parts of each offence are interchangeable.

When he gets home, his wife is asleep. Peter decides to wake Julie up and tell her how he feels. Julie wakes to see how upset Peter is and decides, because she feels sorry for him, to allow him to make love to her for one last time (she intends to move in with Brian the next morning). Peter undresses, climbs into bed and penetrates Julie’s vagina with his penis. After a few minutes, Julie suddenly decides that what she is doing is wrong and says to Peter ‘Stop this now, I do not want you to carry on, get your penis out of me’.

Discuss Peter’s liability for rape if:

Discuss Peter’s liability in this circumstance.

Christopher is arrested the next morning. Consider his liability for sexual assault. How would your answer differ if Amanda had lied about her age and was only 15-years-old?

The alternative scenario is more problematic because Peter does not remove his penis when told to stop. This means that he satisfies the actus reus of the offence. There is penetration and Julie does not consent to it. The first mens rea element is satisfied in that the penetration is intentional. The second element falls to whether it was reasonable for Peter to believe that Julie consented. Whilst Julie’s actions are slightly conflicting, her words are unambiguous. The fact that Peter genuinely believes that Julie will want him to continue is irrelevant because the question is an objective one. Additionally, the fact that Peter is very drunk is not relevant to what a reasonable person in his circumstances would believe. It seems, therefore, that Peter will not be found to have a reasonable belief in consent.

The second element in this question touches on the offences against children. These facts fall under section 9 SOA 2003, with the real issue being whether Christopher will be able to raise the defence that he reasonably believed that Amanda was at least 16. Again this is a question of fact, but it seems likely, given how close to 16 Amanda is and the fact that she lied to Christopher, that he might be able to do so.

You will notice from these questions that they mostly focus on consent in various circumstances. This is because this is the largest issue for sexual offence, it being relatively simple to identify the other elements of an offence from the facts. It is important, therefore, that you fully understand the elements of consent as well as learning the other elements of each offence.