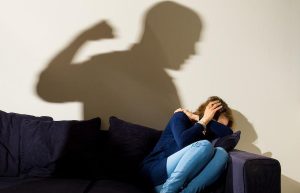 Domestic assault is considered a serious crime in the state of Texas. With the legislature dedicating an entire chapter in the Texas Code of Criminal Procedure to the issue of family violence, it can be assumed that dealing with a domestic assault charge will be quite difficult.

Domestic violence has an unfortunately high occurrence rate in Texas and across the United States. According to the Texas Council on Family Violence, there were nearly 200,000 reported cases of domestic violence. Of these cases, 111 resulted in homicide of the abused victim. 74% of Texans have either experienced domestic violence first hand or have loved ones who have.

Due to these facts, along with the focus on domestic violence as a political and legal hot-topic, penalties have become more stringent, warrants have become unnecessary for arrest, and victim’s agreements are no longer needed to file charges. These factors, plus many more, make the process even more complicated for a defendant, no matter if they are guilty of the transgression or not.

If you are dealing with domestic violence accusations, a strong understanding of the laws and penalties involved will give you a better picture of how you should approach the situation in the most effective manner possible.

Texas Penal Code §22.01 covers this particular issue, and states that a person commits domestic assault if they: intentionally, knowingly, or recklessly cause bodily injury, threaten, or physically contact a family member, household member or person they are in a dating relationship with.

The law is framed in this manner to affirm that you will be charged with assault not only if you become physical with another, but even if you threaten violence without even laying a hand on another. All the other person needs is a “reasonable fear” that you are able and willing to commit assault.

In Tex. Penal Code §22.02 an individual can be charged with aggravated domestic assault if they commit assault with a deadly weapon against a family member or cause serious bodily injury to a family member, household member or person they are in a dating relationship with.

Penalties for Domestic Assault in Texas

The penalties for domestic assault will vary depending on the specifics of your case. Generally, a simple domestic assault charge will be classified as a Class A Misdemeanor. A conviction will lead to a presumptive sentence of up to one year in jail and / or up to $4,000 in fines (§12.21).

Since domestic assault is considered an “enhanceable crime,” if you have been charged with subsequent offenses, the degree and range of punishment will be increased. A second domestic assault offense has the potential to be classified as a Third Degree felony, which comes with a presumptive sentence of up to ten years in prison and / or fines of up to $10,000 (§12.34).

Furthermore, if you are charged with aggravated domestic assault you may be charged with a First Degree Felony. This is one of the most severe classifications in Texas law and comes with a possible sentence of five years to life in prison and / or up to $10,000 in fines (§12.32).

Taking the law and potential penalties into account is the first step in developing a strong defense strategy for your individual case. The utmost vigilance is necessary during a domestic violence case in order for you to avoid the costly penalties involved and move on with your life.