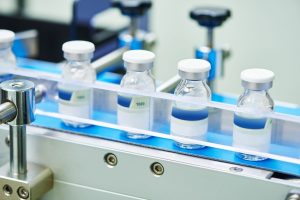 The pharmaceutical industry discovers, develops, produces, and markets drugs or pharmaceutical drugs for use as medications to be administered (or self-administered) to patients to cure them, vaccinate them, or alleviate a symptom. Pharmaceutical companies may deal in generic or brand medications and medical devices. They are subject to a variety of laws and regulations that govern the patenting, testing, safety, efficacy and marketing of drugs.

In classical Greek, the word “ethics” entails the “beliefs of the people” – the analyze of what is right and good in human conduct and the explanation of such claims. Already has applied to the complex and multifaceted world of healthcare, it is a formidable task to try and uncover the fundamental principles involved in “right and good conduct”. Without a doubt, this task is not simply about setting up a list of rights and wrongs. Rather, it is a discussion, a process that helps to tease out the real issues and find ethical solutions to complex practical troubles. Ethical queries come up when the exercise of preference somehow affects the welfare of others. One of the problems for any business related issue is that they may not realize when choices about technical matters have moral significances.

There are relationship between ethics and law and these are the issues can be legal as well as moral, or the issue can be legal and immoral or, the issues can be illegal and moral, or the issues can be illegal and immoral. So it is possible that the issue is illegal yet moral. In the argument on “selling banned drugs to overseas” is not really illegal if it is benefitted to the country citizen and it is a moral duty towards to customers or business. Laws are more like giving definite answer to the issue saying if it is legal or not legal. But in business world especially pharmaceutical companies, issues cannot be dealt in these definite ways. It is really complicated to deal with the pharmaceutical drugs cause sometimes drugs are useful for certain people while detrimental to some people and sometimes it is not socially and religiously valid and sometimes it leads to crime. So there are always argument on these issues. Some of the ethical issues in research faced by regulatory affairs are:

Progressively researchers, physicians, policymakers and the public face numerous dilemmas produced by advances in medicine and biology; the law is oftentimes ill-equipped to address these issues. Morality is a vague concept unless it is not reason out with valid information from both sides of the argument. Solution to one problem should not extend to new issues. There are always confliction of ideals or law about one ought to do. We can find out if the issues are morally right or wrong by rendition of the situation that is what actions are feasible, who is struck by each course of action, how the parties will take the result(and the means to end); Priority to moral values above other values such that a decision is made to do what is correct; Judgement about which mode of action is morally right; Strength, persistency, and skills to carry out, to overcome obstructions, weariness and flagging will. (Source: Biomedical Ethics in US Public Policy, 1993)

Why It Is Unethical?

In the developed nations an important portion of budget is assigned to research and development, so they have further information about the pharmaceutical drugs and how it is affecting the human health and mind. Moreover, it takes a long time for both research and development of any drugs and also to enact law and enforce it in a country. The function of regulatory affairs is that they deal with issues where the law could not, or had yet to, define correct and wrongness. Consequently it happens that while UK and USA government has already enacted a law, it is under consider of other nation of the world where they import products from these countries. Most of the cases these drugs are going to developing nations in the world. This mean that they are unsure of the potential problems with the drug. That is why some government put a bar against these type of drugs. Ethically government of those countries should not help marketing these products.

Why It Is Ethical?

Financial Aspects: Talking about the selling of banned drugs from USA and UK, the first thing come to our mind is 9 big pharmaceutical companies from these two countries because these companies are heavily concentrated in the pharmaceutical business and they are generating high returns, and have lots of excess cash. Bigger companies can invest in research and development because they have economies of scale and that diversify their future drugs portfolio which help them become stable. This means that they will sell their products at lower price than their competitors. So ethically it is permissible that customers get the cheaper yet good quality product from any companies without interruption.

In pharmaceutical industry mergers and acquisitions are a regular phenomena and in this industry size of the company gives a significant advantage. The largest acquisitions in the industry give us a hint of how aggressive these companies are and the figure of purchase price is really handsome (about $78 billion dollar which is even bigger than some developing country’s GDP). This information is a big issue because to remain in the pharmaceutical business, they buy other companies around and get the sole patent of the drugs. As such if their product is banned in USA and UK, then the supply will go down. The restrictive regulation of the drugs varies in many countries because there are varieties of social values, morality, norms, cultures, religions in different places. So because it is banned in USA and UK, it should not be banned in some other places of the world without reasoning out the case.

Increasing rate of life expectancy means proportion of elder people is higher who requires healthcare products. According to IMS Health report, 88% of the pharmaceutical sales occur in only USA, Japan and European union together and USA alone has more than 40% market. Now if a pharmaceutical drug that has been carefully developed, designed, researched and surveyed by a pharmaceutical company for 10 years for the market like UK and USA and if it is banned in the later period then it is for sure that this company’s financial position will get hit tremendously into the future.

Ethically every individual have the right to buy whatever they wants unless it is not harming to other peoples around. According to principles of Global Ethics, global justice should be maintained as reflected in international laws, interdependence and responsibility for the “whole” not just for any particular social beliefs of UK or USA. Standard of Ethics of pharmaceutical company demands that the company should use every means possible to deliver their products to their valid customers.

Strong emphasis on R&D: One of the classifiable features of the these pharmaceutical companies is that they invest hefty amount of money in R&D. It takes about 10-15 years, and huge money to formulate a new medicine. According to statistics, only about 1 in 10,000 chemical compounds is approved to be both medically effectual and safe, and about half of all new medicines fail to comply with the standard. Now after all these stages if their product is banned and restricted to sell to foreign countries for reason which is not related to health of the consumers then it is unethical.

The Goal of every organization is shareholder’s profit maximization. So if they unable to show profit then the shareholders will retreat their money from the organization. To avoid this situation these big companies do accounting shenanigans which is unethical in terms of valuing a company. As the economy of USA and UK have a big impact on the rest of the world so to avoid further crisis, we should carefully reason out if the banned products are benefitted to other nations or not. If it is valid for their customers then there is no problem selling it with responsibility.