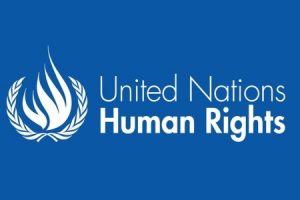 The United Nations Charter sets forth the “inherent dignity” and the “equal and inalienable rights of all members of the human family.” Upholding these human rights principles as “the foundation of freedom, justice, and peace in the world” is fundamental to every undertaking of the United Nations. 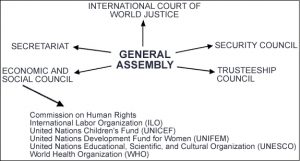 location, denial of land rights, impacts of large-scale development, abuses by military forces and armed conflict, and a host of other abuses, are a reality for indigenous communities around the world. Examples of violence and brutality have been heard from every corner of the world, most often perpetrated against indigenous persons who are defending their rights and their lands, territories and communities.

Violence against women. An indigenous woman is more likely to be raped, with some estimates showing that more than one in three indigenous women are raped during their lifetime

Systemic racism.Indigenous peoples frequently raise concerns about systemic discrimination and outright racism from the State and its authorities. This discrimination manifests itself in a number of ways such as frequent and unnecessary questioning by the police, condescending attitudes of teachers to students or rudeness from a receptionist in a government office. At their most extreme, these forms of discrimination lead to gross violations of human rights, such as murder, rape and other forms of violence or intimidation. These forms of discrimination are often either difficult to quantify and verify or are simply not documented by the authorities, or not disaggregated based on ethnicity. 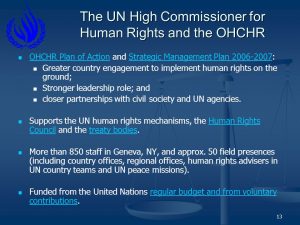 Criminalization of protest. Indigenous peoples have frequently faced detention due to the criminalization of social protest activities. One of the most serious shortcomings in human rights protection in recent years is the trend towards the use of legislation and the justice system to penalize and criminalize social protest activities and legitimate demands made by indigenous organizations and movements in defence of their rights.

Indigenous human rights defenders are increasingly targeted as terrorists for promoting and protecting decades-old guaranteed rights. This alarming trend is seen all around the world. Thus, it is necessary that relevant special procedures of the Human Rights Council collaborate with each other and with other human rights bodies to address the situation through monitoring, mediation, analysis and the provision of concrete recommendations for the effective protection of indigenous human rights defenders.

There is a need for governments to establish mechanisms and processes for comprehensive dialogue and consultations with indigenous peoples to obtain their free, prior and informed consent in relation to any project that will have an impact on their territories and resources; therefore respecting the fundamental rights of indigenous peoples and ensuring they are able to exercise their rights in accordance with international human rights standards.

Indigenous peoples of the Sahel

There is growing concern of the situation of indigenous peoples of the Sahel and other parts of Africa, where a number of factors, including climate change, are having a devastating impact on economic development and human security. The lack of recognition of the collective rights of these peoples has created fertile ground for their loss of territories and resources and the emergence of complex forms of conflict, including violent extremism.

Governments need to pay special attention to indigenous peoples residing in cross-border areas, in accordance with article 36 of the United Nations Declaration on the Rights of Indigenous Peoples, to ascertain the human rights situation in the those areas.