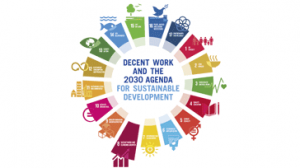 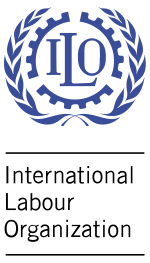 People who inhabited a land before it was conquered by colonial societies and who consider themselves distinct from the societies currently governing those territories are called Indigenous Peoples.

As defined by the United Nations Special Rapporteur to the Sub-Commission on Prevention of Discrimination and Protection of Minorities, Indigenous communities, peoples and nations are

…those which having a historical continuity with pre-invasion and pre-colonial societies that developed on their territories, consider themselves distinct from other sectors of societies now prevailing in those territories, or parts of them. They form at present non-dominant sectors of society and are determined to preserve, develop, and transmit to future generations their ancestral territories, and their ethnic identity, as the basis of their continued existence as peoples, in accordance with their own cultural patterns, social institutions and legal systems.

The ILO has been engaged with indigenous and tribal peoples’ issues since the 1920s. It is responsible for the Indigenous and Tribal Peoples Convention, 1989 (No. 169) , the only international treaty open for ratification that deals exclusively with the rights of these peoples. The ILO’s Decent Work Agenda , with gender equality and non-discrimination  as a cross-cutting concern, serves as a framework for indigenous and tribal peoples’ empowerment. Access to decent work enables indigenous women and men to harness their potential as change agents in poverty reduction, sustainable development and climate change action.

The year was requested by indigenous organizations and is the result of their efforts to secure their cultural integrity and rights into the twenty-first century. To assist with the Year’s programmes and activities, and to foster educational and cultural events, the UN Secretary-General opened the Voluntary Fund to which Governments were invited to contribute

In 1994, the United Nations General Assembly adopted resolutions A/RES/48/163 and launched the International Decade of the World’s Indigenous Peoples (1995-2004) to increase the United Nations’ commitment to promoting and protecting the rights of indigenous peoples worldwide. As part of the Decade, several UN specialized agencies worked with indigenous peoples to design and implement projects on health, education, housing, employment, development and the environment to promote the protection of indigenous peoples and their traditional customs, values and practices.

The UN Permanent Forum on Indigenous Issues was established in July 2000 as an advisory body to the Economic and Social Council, with a mandate to discuss indigenous issues related to economic and social development, culture, the environment, education, health and human rights. The Forum is made up of 16 members acting in an individual capacity as independent experts on indigenous issues. Eight of the members are nominated by governments and eight by the President of ECOSOC, on the basis of broad consultation with indigenous groups.

The Permanent Forum has a mandate to:

The Permanent Forum holds two-week sessions once a year, usually in May, in which indigenous peoples organizations, States, UN bodies and organs, inter-governmental organizations and NGOs – that have consultative status with the ECOSOC -participate as observers. The first meeting of the Permanent Forum was held in New York in May 2002.

2001: Special Rapporteur on the Rights of Indigenous Peoples

In recent decades, the international community has given special attention to the human rights situations of indigenous peoples. In this context, the Commission on Human Rights decided to appoint in 2001 a Special Rapporteur on the rights of indigenous peoples, as part of the system of thematic Special Procedures. The Special Rapporteur’s mandate was renewed by the Commission on Human Rights in 2004, and by the Human Rights Council in 2007.

In the fulfillment of her mandate, the Special Rapporteur: