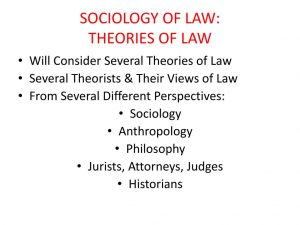 The Sociology of Law has its earliest foundations in the scholarship of Max Weber and Karl Renner, amongst many other distinguished contributors, including Émile Durkheim and Vilhelm Aubert in the 20th century.

The field aims to transcend traditional legal boundaries by bringing into consideration the role of society and its system of values and norms. Despite the definitional challenges the field currently faces, the Sociology of Law has contributed positively to the critical analysis of specific issues and in opening up legal theory and practice. 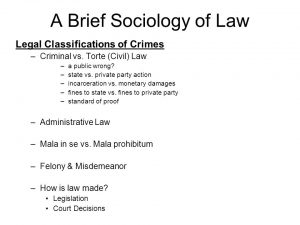 The Sociology of Law has first and foremost it’s foundations in the field of sociology. This area does, however, take an interdisciplinary as opposed to duel approach in analysing and understanding the relationship between law and society.

Within this area, it is key to consider legal structures (i.e. the legal system), legal process (how law is made) and the interaction of the law in societal change and social control. It is important to critically analyse the impact, positive and negative, of law on race, class, gender and other social differential values, as well as highlighting that:

The study and critique of the Sociology of Law has been well underway since the mid-19th century. Whilst the development of the field has continued to the modern day, it is important to acknowledge and appreciate some of the key thinkers and contributors to the field. 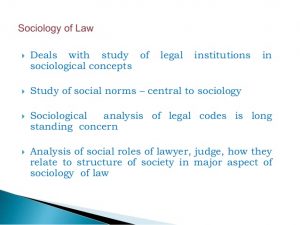 “Rational adjudication on the basis of rigorously formal legal concepts is to be contrasted with a type of adjudication which is guided primarily by sacred traditions without finding therein a clear basis for the decision of concrete cases” .

Weber states here that there are essentially different forms of justice or legal decisions that are ultimately influenced by traditions and social norms. He highlights that many legal systems are based on an irrational development of case law, based on precedent and administers by a highly developed yet limited field of lawyers and jurists. This conveys how intrinsically linked societal norms and values are to law.

Aubert believed firmly that behaviour is influenced by the law and that is intrinsically linked to the development of social norms. This helps us to both critique and understand the sociology of law as an interdependent and mutually influencing field of interpretation.

“[E]very precept of law can be defined as a rule of sanctioned conduct. Moreover it is evident that sanctions change with…gravity. It is right, then, to classify juridical rules according to the different sanctions…attached to them”.

Durkheim emphasised the influence of history in changing the nature of law and its application. This is because of the expected variation in societies’ values in respect to individual rights and responsibilities. This socio-legal critique is detailed in his seminal work The Division of Labour in Society. 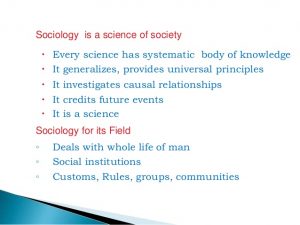 Along with Georges Gurvitch and Karl Renner, Kahn-Freund emphasises the interaction between the society and legal structures as a critical consideration in the Sociology of Law. That is, the importance of social institutions (both formal and informal) and the influence and relationship they bring to bear on the legal institutions and developments within the legal field.

The Sociology of Law is a focused and critical field in understanding legal mechanisms and legal practice, as well as establishing the foundation of jurisprudence. However, a definition and general framework need constructing so that the right questions can be formulated. The field transcends specific matters and enriches learning both in the theoretical and practical sense by offering a more nuanced and enriched analysis. This sociological approach has enhanced inter-disciplinary learning in other fields, but especially on social-science perspectives. This continues in development and is a popular approach to specific issues that encompass socio-legal considerations.

The establishment of one clear and concise definition of the Sociology of Law has eluded scholars and practitioners to date. This is because consensus on what the field consists of, in terms of definitions and limitations is yet to be achieved. This in turn has an impact on the authority of the Sociology of Law as a coherent discipline and this has had negative implications with regard to what the field can achieve. Critically this also has a negative impact on learning and development in the area, particularly in gaining an increased understanding of how the legal field and sociology interact with each other.

Finally, it may be said that the Sociology of Law has had a long history of dedicated followers and practitioners. It is a discipline that seeks to transcend legal traditions and challenge what the limited understanding of the interaction and inter-relationship between society and the law, in all areas.

It is critical that further learning and analysis is needed to attempt a formalisation of definitions, values and limitations of the discipline in order that it may continue to challenge traditional interpretations of socio-legal issues.