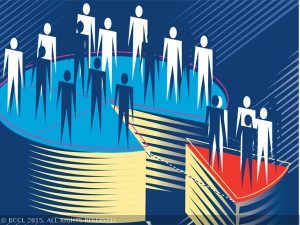 There is a general principle in corporate matter that “the courts will not in general, intervene at the instance of shareholders in matters of internal administration; and will not interfere with the management of a company by its directors so long as they are acting within the powers conferred on them under the articles of the company”.  So, once what is decided by the majority of the shareholders shall not be the subject to the court’s interference on the application of a shareholder unless there is any violation of law.  This is called the principle of supremacy of the majority shareholders which was established in the famous case of Foss v. Harbottle.

Palmer says: “A proper balance of the rights of majority and minority shareholders is essential for the smooth functioning of the company.”  So, to protect the interest of the minority law is always vigilant.

Legal Provisions as to Protection of Minority:

To observe the affairs of the company and to see whether the rights of the minority are well protected, the government may appoint one or more competent inspectors.

And if it is found that there is oppression against minority then the government r the court may take steps, on the basis of the report of such inspectors, to store the rights of the minority. 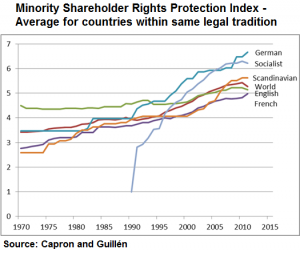 Where it is found that-

Then on the application of the members in number as stated earlier, the court-} o

may take steps to protect the minority interests. A remedy under section 233 can be given only if the directors have acted in breach of duty or if the company has breached any of its articles or any relevant agreement.

3.2 Procedure to be followed:

On receipt of the application from the aggrieved members, the court shall send a copy of such application and fix a date for hearing.

“When an application is admitted the same is not liable to be dismissed/rejected summarily without hearing on merit, unless such application is absolutely incompetent being without jurisdiction.”

After hearing the petition if the court is of the opinion that the interests of the minority members are really affected, the court may pass a director either:

iii) Amendments not to be made without the leave of the courts:

Where the court directs to amend any document, the company shall within 14 days from making of such order, inform the Registrar in writing and send a copy thereof. In default, the company and its officers who are involved of such default shall be liable to a fine not exceeding one thousand taka.

The most important protection afforded to minority shareholders comes in the form of a statutory remedy in section 233 of the Companies Act, 1994 of Bangladesh. In order to be eligible to file a petition under the section, the minority shareholder(s) must hold a minimum of ten percent of the issued shares in the case of a company having a share capital. The grounds on which such a petition may be filed by a minority shareholder must be that the affairs of the company are being conducted or the powers of the directors are being exercised in a manner prejudicial to one or more of its shareholders or that the company is acting or is likely to act in a manner which discriminated or is likely to discriminate the interest of any shareholder.

In order to truly unlock the potential of this statutory remedy, certain reforms are imperative. To name one, the minimum shareholding requirement of 10% should be done away with to ensure that access to the statutory remedy is not outright denied to minority shareholders and public shareholders of listed companies holding less than the required minimum.

Rights of Minority Shareholders in Most States

Any shareholder in a corporation, whether public or private, has certain important rights pertaining to the corporation. Examples of shareholder rights include the right to vote at annual shareholder meetings, to review information about the company, including the company books and records and a list of all shareholders, and to vote on major corporate events such as selecting directors, approving mergers, dissolution, major asset sales, and amendments to the corporate charter documents.

Among the widely recognized minority shareholders rights are:

As mentioned above, every shareholder has the right to attend company meetings, vote the shares, and review the company’s books and records. To exercise these rights, shareholders have to follow applicable state law and company procedures. For access to company information, for example, the shareholder usually must make a written demand on the corporation and put forth a proper basis for the request.