Home » Law and Ethics » ROLE OF AN ASYLUM IMMIGRANTION LAWYER 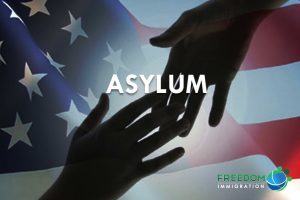 Asylum may be granted to individuals already in the United States who are unable or unwilling to return to their home countrybecause of persecution on account of race, religion, nationality, membership in a social group (including sexual orientation), or political opinion. If you are granted asylum, you will be allowed to live and work in the United States. You will be able to apply for permanent residency one year after you are granted asylum.

Foreigners forced to migrate from their country of origin due to persecution have the provision of seeking asylum in the United States. This provides them an opportunity to stay legally in the US indefinitely, until their home country poses no threat to them. They can even send an application for legal permanent residence the next year.

Filing for asylum is an important decision to make and is not to be taken lightly. Winning the application means obtaining a legal status in the US. On the other hand, if the person loses, he or she may be expelled to the very country that posed a danger or threat. This is where an asylum immigration lawyer’s services becomes unavoidable. Many a political asylum application has been denied due to the failure to consult a capable immigration lawyer.

The requirements for obtaining asylum in the United States is that the person concerned should be able to prove the amount of torment he or she has had to encounter on the basis of one or more of the factors given below:

Persecution suffered for having a different sexual orientation or being HIV positive has also been recognized by the US immigration law as a reason for asylum.

An asylum immigration lawyer will make the case strong with proper evidences and support. An immigration lawyer’s services will also be of great help to people who have not undergone persecution, but have a fear of the same.

The person involved must apply for asylum within one year of his/her entry into the US. However, there are two types of cases that are exempted from the one-year deadline – changed circumstances and extraordinary circumstances.

Changed circumstances may include cases where,

The government has changed hands in person’s country of origin and laws have recently been changed.

Recent diagnosis of being HIV positive.

The person had a H1B visa or had a lawful status since entry into the US, but the status has recently expired.

Examples for extraordinary cases are,

The applicant had been affected mentally due to the torture the person had to endure and so could not file in time.

The applicant had been cheated by an attorney and a complaint against the attorney had been filed.

In such cases a competent asylum immigration lawyer will be able to advise on whether the time limit has been exceeded and on what further action can be taken.

An asylum immigration lawyer would advise you on the following matters:

Whether to file your application with the Immigration Court or with the Department of Homeland Security.