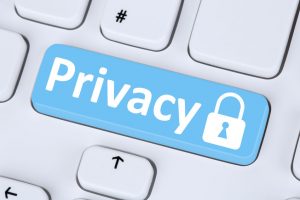 Welcome to the first lesson of the tenth topic in this module guide – Privacy! The protection of privacy has never been direct in English law; today it finds its strongest basis in the Human Rights Act 1998 and in the interpretation of other laws. Article 8 and the right to respect for private and family life must be balanced with article 10 and the freedom of expression. An understanding of the case law here will give you a greater understanding of the extent to which privacy is protected.

At the end of this section, you should be comfortable in applying the two stage Campbell test, a test which recognises the influence of the Human Rights Act and defines private information and the reasonable expectation of privacy. This section begins by setting the Human Rights context before explaining the Campbell case, and going into detail about each element of this test. It goes on to discuss the freedom of expression element of these considerations and ends with some other important notes on privacy.

Invasion of privacy is perhaps the oddest of all the torts for a singular reason: officially, it doesn’t exist. Statements to this effect can be seen in Wainwright v Home Office [2004] 2 AC 406 where Lord Hoffman said that he “…would reject the invitation to declare that […] there has been a previously unknown tort of invasion of privacy.” That said, “[t]here are a number of common law and statutory remedies of which it may be said that one at least of the underlying values they protect is a right of privacy.”

Thus, although there is no tort of invading privacy per se, there does exist a bundle of rights which can be thought of providing a rough de facto basis for protecting privacy. Most of these have already been covered in other sections (and some, like data protection, remain beyond the purview of this work) but two remain to be outlined (and remain key to fleshing out the bundle.) These are the Article 8 Right to Respect for Private Life and equitable doctrine of breach of confidence.

Article 8 of the Human Rights Act provides everyone with a “right to respect for his private and family life, his home and his correspondence.” This is not absolute, Article 8(2) provides for the right’s restriction, where necessary.

This right can be contrasted with its counter-weight: The Article 10 Right to Freedom of Expression. Again, this right is not absolute, and notes the possibility of limitation under Article 10(2).

The balancing mechanism between these two can be found in s.12(4) of the Act, which notes that courts must give particular regard to the right of freedom of expression when exercising their power.

This provides an important basis for the UK’s protection of privacy. This effect can be seen in Douglas v Hello! Ltd (No. 1) [2001] 2 WLR, where Sedley LJ explained that “[t]he Court recalls that although the object of Article 8 is essentially that of protecting the individual against arbitrary interference by the public authorities, it does not merely compel the State to abstain from such interference: in addition to this primarily negative undertaking, there may be positive obligations inherent in an effective respect for private or family life.”

The doctrine of breach of confidence is in fact a matter of equity law, rather than tort. Over the course of the 20th Century the doctrine developed and widened to take into account situations outside of commercial contexts, with the latest development coming in the form of Campbell v Mirror Group Newspapers [2004] UKHL 22. The court effectively redrafted the breach of confidence doctrine to facilitate the balance of Articles 8 and 10, with Lord Hope implementing a two-part test.

There is a developed selection of cases which detail situations in which privacy can reasonably be expected:

Whilst the general scope of privacy is open to the courts to decide, one test can be found in the Australian case of Australian Broadcasting Corporation v Lenah Game Meats [2001] 208 CLF 199. It should be noted that this test was rejected by the judiciary in Campbell, although it remains useful as a general guide. In describing the benchmark for privacy, Gleeson CJ provided the following formulation:

“The requirement that disclosure or observation of information or conduct would be highly offensive to a reasonable person of ordinary sensibilities is in many circumstances a useful practical test of what is private.”

Do Individuals in Public Have Any Expectation of Privacy?

Information which is already in the public domain will generally not be regarded as private. Indeed, s.12(4)(a)(i) of the Human Rights Act 1998 mentions that this factor should be considered by the courts when dealing with questions of Article 8 rights. By extension, that which happens in public will generally be regarded as a non-private. This was noted in A v B. This is a general principle, rather than a rule, however.

Appearing in public does not mean that a claimant loses all right to privacy. This can be seen in Peck v UK [2003] EHRR 287 (App. No. 00044647/98). The court drew a distinction between foreseeable exposure and the exposure that took place, and the application was successful.

In general, celebrities and others who seek fame will be afforded less protection by the law than the average individual. This is because one who seeks fame will accordingly, be less able to expect privacy. Similarly, someone who undertakes a notorious act (murder or robbery, for example) will be regarded as having accepted that their lives will be of more interest to the public. This point was also espoused in A v B (footballer, again) – whilst a randomly chosen individual’s sexual indiscretions cannot reasonably be regarded as being of public interest, the same cannot be said for a Premiership footballer. Again, Campbell demonstrates the limit of this principle.

The second part of the Campbell test involves asking whether granting an injunction (the objective of most privacy claims) would unduly infringe on the right to freedom of expression. If the press is involved in the privacy breach (as they invariably often are), the courts will also consider press freedom, under s.12(4) of the Human Rights Act.

This decision will be entirely dependent on the nature of the privacy breach. Thus a tiny privacy breach, such as a picture of a celebrity at an awards ceremony, will only need the slightest justification before it will be held as reasonable. Conversely, a naked photo of a celebrity taken with a pinhole camera secretly hidden in their bedroom will require a proportionally massive justification.

The essence of the defence’s argument will often take the form of a public interest defence. As noted above, this does not mean that just because the public are interested in something that it will be freely publishable. Conversely, it is also doubtful that much of the content of various publications could really be considered as being in the public interest. The justification for such behaviour is perhaps best understood via the judgement in A v B:

The tension which often exists between the press and the subjects of their investigations have led to the creation of the Press Complaints Commission’s (PCC) Code of Practice. This lays down the standard of behaviour expected of contents editors, including standards regarding respect of privacy (see Clause 3.) If an individual believes that there has been an invasion of privacy, they can make a complaint to the PCC, who in turn are able to order editors to print retractions and apologies. It should be noted, however, that the PCC does not have the power to grant other remedies, like injunctions or damages, and so it remains relatively toothless.

As can be seen from the cases above, there are times at which the court will hold that there has been a breach of privacy, but that an injunction would still be an overzealous remedy (since it is essentially a wrecking ball as far as press freedom goes.) In such situations, the court can opt for the compromise of allowing the publication to go ahead, whilst still awarding damages to the claimant.

It is notable that the presence of litigation can actually make a given invasion of privacy more notorious – in essence, the claimant obtains the polar opposite of what they desired (even if they receive damages for the original breach of privacy). Colloquially, this is known as the ‘Streisand effect’ – named for a now notorious US case in which singer Barbara Streisand attempted to obtain an injunction against the publishing of pictures of her home on the Californian coast (on a website dedicated entirely to surveying coastal erosion, no less.) For proof of the Streisand effect, you need look no further than any article on the matter – it will invariably contain the photo in question. In short: a wise claimant would be advised to be wary of jumping both feet first into litigation for breach of privacy.