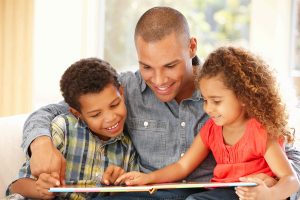 In family law and public policy, child support (or child maintenance) is an ongoing, periodic payment made by a parent for the financial benefit of a child (or parent, caregiver, guardian, or state) following the end of a marriage or other relationship. … Often the obligor is a non-custodial parent.

The court must consider the financial resources and needs of the applicant now or is likely to have in the foreseeable future. It is important to obtain comprehensive details of the applicant’s financial needs and resources at an early stage.  The relevant information in ascertaining the Applicant’s financial resources, as are any capital assets of the Applicant, are information such as the earning capacity, pensions and Social Security benefits of the Applicant. The court must have regard to the financial obligations and responsibilities of the Applicant in considering his or her financial needs. As an example, the Applicant as a surviving spouse might need to pay for the children’s living expenses, their basic needs and health care and also need to support the children’s education. In seeking to fulfill the Applicant’s needs, the Court will also have to take into consideration the type of Order which is most suitable.

Financial resources own by a person should include earned and unearned income, allowances, pensions and capital assets. State aid does not prevent the court from considering whether reasonable provision has been made and also must be taken into account. In Re Collins , Hollings J states that the court do not consider that the fact of support from the Department of Social Security precludes consideration of whether the intestacy has or has not made reasonable financial provision for her. In Re E  , an application by a widow in receipt of a State pension failed, but the decision turned on the fact that the estate was very small. In such a case, the court felt that it was reasonable not to make provision for an applicant for an applicant if the only effect of making provision would be to relieve the State from paying welfare benefits, leaving the applicant little better off.

The issue of accommodation will always be central to the court’s decision in deciding both the present and future financial needs of the Applicant. If the Applicant is elderly and there is no suitable alternative, the court will be careful in making any orders which results in the applicant having to vacate settled accommodation.  In Harrington v Gill  , the applicant aged 77 had lived for several years with the deceased in his home and had maintained by him. The trial judge awarded the applicant a lump sum of £5,000 and the income from £5,000 for life, but ordered her to vacate the home since she could be expected to find a smaller place to live in. The Court of Appeal ordered the home to be settled on the applicant for life in addition to the sums awarded at the first instance. 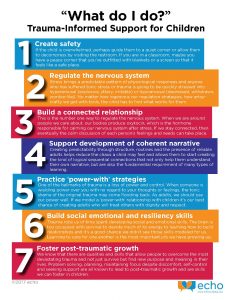 Financial resources and needs of any other applicant

The court must have regards to the financial resources and financial needs which any other applicants has or is likely to have in the foreseeable future. The court must consider an application not in isolation but balanced against competing claims from other applicants.  The court must be able to provide a fair distribution to all the applicants and make sure those who deserve a share from the deceased’s estate receive it in an appropriate amount.

The deceased’s obligations and responsibilities

In Re Haig  , this obligation and responsibility is known as “the morally reasonable thing to have done”. The moral obligation may arise regardless of relationship. In Re Joslin  , the deceased had a moral obligation to a mistress of 20 years standing. The moral obligation of a parent to a child may come to an end when the child becomes the moral responsibility of another. In Re Andrews  , a daughter of the deceased lived with a married man for 40 years and at 69 made an application against her father’s estate but it was held she no longer had a moral claim on her father.

A moral obligation will be owed by one spouse to another. In Re Gregory , the husband and wife were separated for many years and although husband did not pay maintenance and was responsible for the breakdown of the marriage he was held to have no obligation to the wife in his later years. Cf Re W , where a husband and wife married in 1934 and were divorced in 1946 but no maintenance was paid. When the husband died in 1972 the court held that he should have paid maintenance and by not doing so had been able accumulate capital of £28,000 and an award of £11,000 to the 75 year old wife was made.

The Court of Appeal in Re Jennings  held that the obligation to maintain must be one which is still subsisting at the date of the deceased’s death. There is situation where the decision is clear, as when the deceased has made a promise, not necessarily to the applicant, to leave certain assets to the applicant and such promises were held to create an obligation in Goodchild v Goodchild  and Espinosa v Bourke  .

Through all the family cases that we’ve handled, we’ve come to accept, without discounting the contrary, the sad fact that bad blood exists between the opposing parties (e.g., estranged spouses in annulment/separation/property cases, siblings and relatives in estate proceedings). In particular, with respect to custody-support cases over children, it’s easily understandable that custody is one of the more contested issues. However, the issue on child support should not be as complicated.

Well, it shouldn’t be as complicated, but reality makes it so.

Articles 195 and 196 of the Family Code enumerate the persons who are under obligation to support each other, thus:

(5) Legitimate brothers and sisters, whether of full or half-blood; and

(6) Brothers and sisters not legitimately related, whether of the full or half-blood, except only when the need for support of the brother or sister, being of age, is due to a cause imputable to the claimant’s fault or negligence.

On the other hand, the amount of support should be in proportion to the resources or means of the giver and the necessities of the recipient, pursuant to Articles 194, 201 and 202 of the Family Code:

Art. 194. Support comprises everything indispensable for sustenance, dwelling, clothing, medical attendance, education and transportation, in keeping with the financial capacity of the family.

The education of the person entitled to be supported referred to in the preceding paragraph shall include his schooling or training for some profession, trade or vocation, even beyond the age of majority. Transportation shall include expenses in going to and from school, or to and from place of work.

Art. 201. The amount of support, in the cases referred to in Articles 195 and 196, shall be in proportion to the resources or means of the giver and to the necessities of the recipient.

Art. 202. Support in the cases referred to in the preceding article shall be reduced or increased proportionately, according to the reduction or increase of the necessities of the recipient and the resources or means of the person obliged to furnish the same.

If you’re a parent, it is safe to assume that you would want the best for your child and you wouldn’t hesitate to provide adequate support. However, it’s unfortunate that when it comes to support for the common children (whether legitimate or illegitimate), so many fathers still fail (or worse, simply refuse) to provide adequate support. Whatever the reason is, and regardless of whether or not these reasons are correct, the problem became pervasive, so much so that Congress saw it fit to “criminalize” (only against fathers) the withholding of support in certain instances. Not everyone knows that this is covered under Republic Act No. 9262, otherwise known as the “Anti-Violence Against Women and their Children Act of 2004”.

Not everyone also knows that R.A. 9262 provides for criminal sactions or penalties for failure to provide support or withholding custody, in certain cases. Well, now you know.