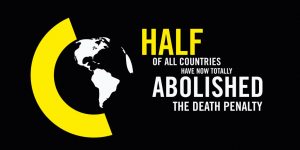 By definition, capital punishment refers to when death is inflicted lawfully as punishment. Reforming the death penalty didn’t come to Europe till the late eighteenth century. English Law reformers included S. Romily and J. Bentham. The argument against capital punishment was that it was overrated as a deterrent as it had a very probability of imposing a fatal error in cases where an innocent person is wrongly convicted and then thereby committed to death. As time went on, life imprisonment on the other hand, was increasingly seen as an alternative that was more rational.

In 1853, Venezuela became the first nation to abolish the death penalty. This was then followed in 1867 by Portugal. In Britain, this did not come to be completely until 1965. Up to the 19th century, the death penalty was used in the UK as a form of punishment for offences as less serious as theft. During that era, property was very much valued. Public views towards the brutality led to several movements seeking to look into the situation. During the first half of the 20th century, many attempts were made to abolish the death penalty for all or most crimes, and very contentious cases finally resulted in the abolition of the death penalty. The issue was first considered by the Capital Punishment Commission between 1864-1866. In 1866 it reported by concluding that there wasn’t a case for abolition. It however recommended the end of public hangings; suggesting that executions should take place not in public but within the private precincts of the prison walls. The enactment that followed this was the Capital Punishment (Ammendment) Act 1868 which incorporated the above recommendations.

Finally in 1965, the Royal Commission on Capital Punishment recommended the abolition of the death penalty. The Government’s opinion was that capital judgement was generally unjustifiable except where it is necessary and acts as an effective deterrent. Those that argued for abolishing capital punishment argued on the basis that the penalty didn’t prevent people from committing murders and that it was morally wrong. The Murder (Abolition of Death Penalty) Act 1965 abolished the death Penalty and replaced it with life imprisonment. This related to England, Wales and Scotland. As regards Northern Ireland, Capital Punishment was abolished by the Northern Ireland (Emergency Powers) Act 1973. The death penalty remained in the areas that related to the murder of a member of the royal family, piracy and for military offences. These were then finally abolished by the Crime and Disorder Act 1998 and the Human Rights Act 1998.

In addressing the question of capital punishment as a deterrent, one will have to consider its advantages and disadvantages, and at the same time undertaking a balancing act taking into consideration society’s needs. As a deterrent to crime, capital punishment removes for good the worst criminals from society. So arguably, it is self-evident that dead criminals would not be capable of repeating or committing further offences. Execution is a very real punishment, for those who support execution, it is seen as retribution for a crime committed. However, this has to be balanced with the possibility of things going wrong and mistakes being made. Apart from anything else, there is the brutality involved as well as issues of morality i.e., paying back evil with evil. On the other hand, it is undeniable that having capital punishment would result in an absolute certainty when a sentence to death is executed. It is also almost certain and definite that such a situation will make more serious crime less likely. An example is Singapore, which has retained this form of punishment. The question then concerns striking a balance between which of the better evils can society live with. On the one hand is the miscarriages of justice that will inevitably arise in capital punishment and the inability to make it right, whilst on the other hand reducing crime rates.

Some anti-death penalty campaigners cite some American States to highlight their point that death is not a deterrent to crime. However, if the American situation is examined more closely, it will be seen that the number of executions as compared to murders committed are small in most of the US states. In 1997, the murder rate reduced by 26% from 24,562 in 1993 to 18,209. This proved to be the lowest for years and it was during a period where the use of the death penalty was increased. In 2003, the murders committed amounted to 15,600. This in effect seems to suggest that reduction in crime cannot necessarily be attributed to the death penalty.

Studies that have been carried out to investigate the death penalty as a deterrent to crime have failed to provide this connection. They have also failed to convince that the death penalty is more effective than other punishments. Most recently, a survey of research findings conducted for the United Nations updated in 2002 concluded that “It is not prudent to accept the hypothesis that capital punishment deters murder to a marginally greater extent than does the threat and application of the supposedly lesser punishment of life imprisonment”. Recent crime figures from countries that have abolished the death penalty fail to show that abolition breeds harmful results. A good example is Canada where in 2003 the homicide rate was 44% lower than in 1975 the year before the abolition of the death penalty for murder. These figures have been the lowest Canada has seen in three decades.

The trends in most abolitionist countries have been to implement reformist punishments, which will deal with and address the root causes of crime. In the UK, Community Orders all seek to reform the criminal and allow for reflection, such as probation orders. These tend to deal with the problems and suit modern day society as opposed to barbaric measures that are absolute.