As a body of law, administrative law deals with the decision-making of the administrative units of government (for example, tribunals, boards or commissions) that are part of a national regulatory scheme in such areas as police law, international trade, manufacturing, the environment, taxation, broadcasting, immigration and transport. Administrative law expanded greatly during the twentieth century, as legislative bodies worldwide created more government agencies to regulate the social, economic and political spheres of human interaction.

The importance of any case law can only be understood by appreciating the facts and the role of the concepts of Rule of Law and Separation of Powers as dealt by Judges of Supreme Court in the case. The case will be dealt: Firstly, Background of the case; Secondly, Issues raised in the Judgement; Thirdly, Judgment by the Judges; Fourthly, dealing with several definition as has been given in the Case , and had been submitted as authority to understand the concept; and Lastly, Concepts dealt in the case and its explaination.

The case was brought about by Raj Narain who had in the 1971 election stood against the then Prime Minister Indira Gandhi in her constituency of Rae Bareili in the state of U.P and lost with huge margin. This made him bring out an election petition against Indira Gandhi alleging that she won the election by flouting the election laws. The suit was instituted against her in the Allahabad High Court. Then the case was in appeal to Supreme Court.

The case was heard accordingly and the verdict was delivered on the 12th of June 1975 charging the Prime Minister Indira Gandhi to be guilty of corrupt practice for having used the government officers in her campaign and unseating her from the membership of the Lok Sabha. Justice Sinha also granted the respondent’s a stay for 20 days on the verdict. The next day the emergency was declared on the ground of internal disturbance, Palkhivala opted out of the case as he thought the action of imposing the emergency was unjustified, Solicitor general Fali Nariman also laid down his office for the same reason. While the election petition was pending in the Supreme Court the centre using the favourable climate of the emergency passed the Election Laws (Amendment) Act, 1975 through which certain amendments were made to the Representation of People Act, 1975. These amendments dealt with

(a) definition of a candidate

(b) corrupt practices as to the use of and, appeal to, religious and national symbols, and

(c) the corrupt practice of assistance by officers in the service of the government for the furtherance of the prospects of a candidate’s election. 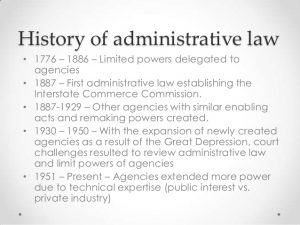 ii. Amendment in the Constitution:

Furthermore the Parliament in exercise of its constituent power brought about the Constitution (Thirty Ninth Amendment) Act, 1975, which brought changes in Art. 71 of the constitution by substituting a new article which said that parliament shall by law decide the matters relating to the election of the President and the Vice President, the amendment further inserted Art.324A which made special provisions relating to the election of the Prime Minister and the Speaker.

(b) The second ground is that the Constitution of the House which passed the Constitution (Thirty ninth Amendment) Act is illegal. It is said that a number of members of Parliament of the two Houses were detained by executive order after 26 June, 1975. These persons were not supplied any grounds of detention or given any opportunity of making a representation against their detention. The important leaders of the House have been prevented from participation. Holding of the session and transacting business are unconstitutional.

The court through a majority i.e. Justice Khanna, Mathew, and Chandrachud held that Art. 324(4) struck the Basic Structure and hence, is liable to be struck down; the reasons on which the judges reached this conclusion are varied. The court through majority also held the amendment in election laws to be valid, and allowed the appeal of Mrs. Gandhi.

B. Relevance in Administrative Law:

i. Separation of Powers:

In the opinion of some of the judges constituting the majority in Bharati’s case Rule of Law is a basic structure of the Constitution apart from democracy. The rule of law postulates the pervasiveness of the spirit of law throughout the whole range of Government in the sense of excluding arbitrary official action in any sphere. ‘Rule of law’ is an expression to give reality to something which is not readily expressible.

C. Tirthankar Das & Navajyoti Samanta, “The Supreme Court’s Performance During The Period Of Emergency”, http://works.bepress.com/cgi/viewcontent.cgi?article=1001 &context=tirthankar_das (as accessed on 12/08/09).