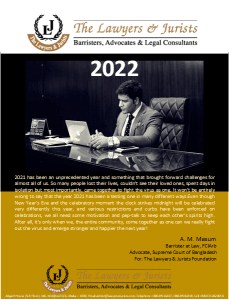 The word “corporation” derives from corpus, the Latin word for body, or a “body of people.” Entities which carried on in business and were the subjects of legal rights were found in ancient Rome and the Maurya Empire [1] in  ancient India.

In the late 18th century, Stewart Kyd, the author of the first treatise on corporate law in English, defined a corporation as, a collection of many individuals united into one body, under a special denomination, having perpetual succession under an artificial form, and vested, by policy of the law,

with the capacity of acting, in several respects, as an individual, particularly of taking and granting property, of contracting obligations, and of suing and being sued, of enjoying privileges and immunities in common, and of exercising a variety of political rights, more or less extensive, according to the design of its institution, or the powers conferred upon it, either at the time of its creation, or at any subsequent period of its existence.

At common law, a “corporation” was an “artificial person endowed with the legal capacity of perpetual succession” consisting either of a single individual (termed a “corporation sole”) or of a collection of several individuals (a “corporation aggregate”).

The sovereign was considered a corporation under the definitions supplied by contemporary law dictionaries,[3] Territories would have been classified as “corporations” (and hence as “persons”) at the time that 1983 was enacted and the Dictionary Act recodified[4]. ; 1 J. Bouvier, A Law Dictionary Adapted to the Constitution and Laws of the United States of America 318-319 (11th ed. 1866)

The concept of separate legal entity of a corporation is the fundamental characteristic of a Company Law that makes it distinct from other trading entities and from which the other significant characteristics flow. It means the company the Company Law has own legal existence and therefore rights and obligations completely separate and distinct from the people involved in it. Specific characteristics of a company that flow as a result of the concept of separate legal entity are:

Perpetual succession which means that regardless of who happens to be a share holder or officer of the company at any particular point of time the company continues to exist  and retain own character, rights and obligations.

Lifting the veil of incorporation

These types of companies are often formed by non-profit associations such as sporting clubs other association that use any profits they make for advancement of given associations’ objectives, An alternative to this type of Company Law is incorporation under the associations incorporation legislation of the relevant state.

In this type of company the members have no limit on their liability to contribute to the assets of the company in order to discharge the company’s liabilities. [6]Legal firms often use this type of company because professional association rules give members some of the advantages of incorporation. There is absolutely no limitation for contributing to the assets in the Company Law.

A corporation obtains its capital from two sources. Share capital and loan capital. In share capital the shares are stated proportions into which the capital of a company is divided. They are the interest of the shareholder in a company measured in monetary terms. As such , they are chosen in action because they are personal property of an intangible nature.

This means that the owner of the shares has certain recognizable rights that are enforceable by law. When a corporation wishes to raise capital by the issue of shares or securities, the normal rules of contract apply. The “offer” by the company is only an invitation to treat, and so it is the applicant who makes the offer upon sending in the completed application form plus payment to the company.

Sometimes a corporation may issue different classes of shares, each of which may have different rights attached to them, such as, different voting rights, preference in payment dividends , dividends at a fixed rate and priority in return of capital or distribution of surplus assets on winding up.

To incorporate or not to incorporate is a difficult question for many businesses. The advantages of a corporation are that it’s a separate legal entity from shareholders or members as well as those who control its operations.[9] On the other hand the disadvantages of a corporation are the cost of establishment and ongoing fees are expensive, onerous administrative duties required by law, limited management role for shareholders, possible loss of control to shareholders, onerous legal responsibilities imposed on company officers and directors and can be onerous reporting requirements.

A corporation must employ real people to carry out its activities. These persons (if authorized) can delegate authority to others to bind the company but do not become personally liable for contracts made by themselves and those other persons unless a contracting party willing to accept the company as a creditor. It is not unusual nowadays for financial bodies, traders and manufacturing dealing with companies to insist that a director or other member of the Company Law give a personal guarantee for payment of money owed, particularly loan payments.

Proprietary companies: The vast majority of registered companies are proprietary companies. They are generally relatively small in size – well suited for small to medium sized business, although some are subsidiaries of large public companies, controlling sizable assets.

Presently, from a functional point of view , there are five distinct types of company:

Since a corporation is an entity in its own right, it is liable for its own debts and obligations.

[1] The Maurya Empire was a geographically extensive and powerful empire  in ancient India, ruled by the Mauryan dynasty from 321 to 185 BC.

[2] In Company Law, perpetual succession is the continuation of a corporation’s or other organization’s existence despite the death, bankruptcy, insanity, change in membership or an exit from the business of any owner or member, or any transfer of stock, etc.

[6] Phillip I. Blumberg, The Multinational Challenge to Corporation Law: The Search for a New Corporate Personality, (1993) has a very good discussion of the controversial nature of corporations.