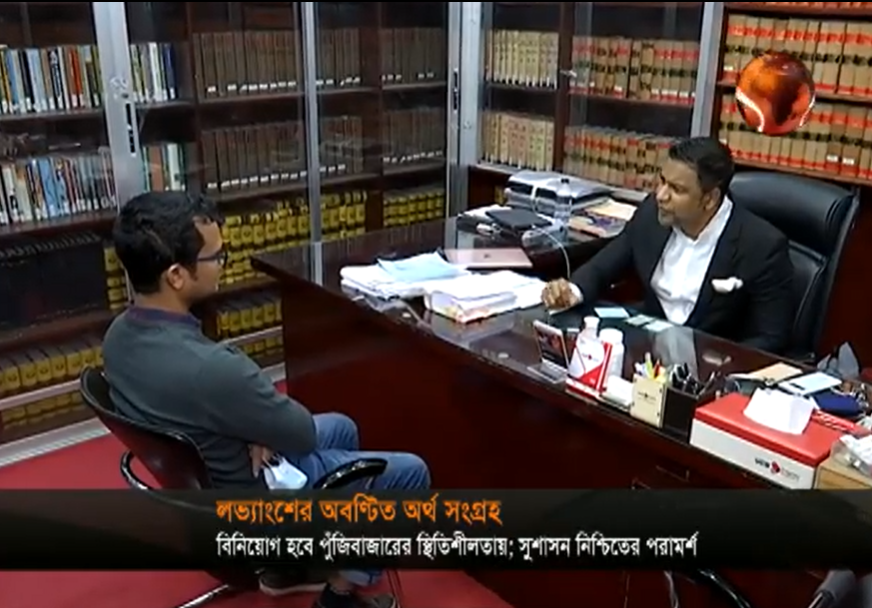 Corporate Law Chamber, “Amalgamation occurs when two or more companies are joint to form a third entity or one is absorbed into or blended with another”— Explain & Illustrate.

Amalgamation is to combination of two or more commercial companies. In business, it often refers to the mergers and acquisitions of many smaller companies into much larger ones. In the context of financial accounting, consolidation refers to the aggregation of financial statements of a group company as a consolidated account.

Moreover, the term amalgamation is more common when the organizations being merged are private schools or regiments. For example, we can remember in the 1999 merger of Glaxo Wellcome and SmithKline Beecham, both firms ceased to exist when they merged, and a new company, GlaxoSmithKline, was created. This is a great example of occurring an amalgamation between two companies.

Some jurisdictions permit or require combined reporting or combined or consolidated filing of income tax returns. Such returns include income, deductions, and other items of multiple related corporations, and may compute tax as if such multiple entities were a single taxpayer. Most rules require that the corporations combined be commonly owned with only small minority ownership.

Rules for such reports differ widely among jurisdictions.. Some jurisdictions that do not permit combined reporting nonetheless permit intragroup benefit of losses. According to Wikipedia [01], there are four main forms of business combinations are:

The Reason of Occurring an Amalgamation

Without any reason, amalgamation cannot be done. It has to be some internal problem or relation between the companies which are going to be merging later. Otherwise no party willingly wishes for the consolidation.

According to the author Pritchett, P’s book “After the Merger: Managing the shock waves” [02], There are four main reasons for consolidating:

The entire merger process is usually kept secret from the general public, and often from the majority of the employees at the involved companies. Since the majority of merger attempts do not succeed, and most are kept secret, it is difficult to estimate how many potential mergers occur in a given year. It is likely that the number is very high, however, given the amount of successful mergers and the desirability of mergers for many companies.

Consolidation is usually an all or nothing event – once the decision to consolidate has been made, companies are irrevocably bound, and only by having a less than 100% interest in a subsidiary, can it be left out of the consolidation.

Synergy is the main reason of companies merge sometimes. According to author, “This synergy, or revenue enhancement, along with cost savings can be found in various areas of business. Synergy can come in the form of staff reductions as the merger of two companies creates overlap in some positions.

The newly merged company would be producing more products and reaching more clientele with a reduction in staff. The economy of scale also provides synergy. The economy of scale refers to the benefits that ordering in bulk provides as the size increase that goes along with mergers provides better buying power for the newer, larger entity. This buying power can be utilized when buying office supplies as well as equipment.” Marks, M. L., & Mirvis, P. H. (1997). Revisiting the merger syndrome: Dealing with stress. Mergers and Acquisitions, 31(6), pp. 1-10] [03]

A merger or amalgamation also occurs when two companies combine to form a single company.

A merger is very similar to an acquisition or takeover, except that in the case of a merger existing stockholders of both companies involved retain a shared interest in the new corporation. By contrast, in an acquisition one company purchases a bulk of a second company’s stock, creating an uneven balance of ownership in the new combined company.

One use of the merger, for example, is to combine a very profitable company with a losing company in order to use the losses as a tax off to offset the profits, while expanding the corporation as a whole. Increasing one’s market share is another major use of the merger, particularly amongst large corporation By merging with major competitors, a company can come to dominate the market they compete in, giving them a freer hand with regard to pricing and buyer incentives. This form of merger may cause problems when two dominating companies merge, as it may trigger litigation regarding monopoly laws.

Moreover, the cuts to the bureaucracy may not achieve the economies of scale that believers in amalgamation propagate.

Countries which do not permit tax consolidation often have rules which provide some of the benefits. For example, the United Kingdom [04] has a system of group relief, which permits profits of one Group Company to be reduced by losses of another group company.

There are a variety of relationships between the companies involved in mergers. The following explains what these relationships are and how they affect the merger. Conceding to the author McManus, M. L., (McManus, M. L., Surviving merger & acquisition, 1998) [05] there are two main types of amalgamation or merger… They are:

There are two more amalgamation types but they are not main in occurring amalgamation. They are;

Horizontal Amalgamation: Horizontal merger is when two companies competing in the same market merge or join together. This type of merger can either have a very large effect or little to no effect on the market. When two extremely small companies combine, or horizontally merge, the results of the merger are less noticeable. Large horizontal mergers are often perceived as anticompetitive. If one company holding twenty percent of the market share combines with another company also holding twenty percent of the market share, their combined share holding will then increase to forty percent. This large horizontal merger has now given the new company an unfair market advantage over its competitors. This merger involves the combining of two companies that are in direct competition with one another. In other words, they are trying to sell the same product to customers who are in a common market.

Vertical Amalgamation: A vertical merger is one in which a firm or company combines with a supplier or distributor. If a contractor has been receiving a material from two separate firms, and then decides to acquire the two supplying firms, the vertical merger could cause the contractor’s competitors to go out of business. Antitrust concerns are a focal point of investigation if competition is hurt. The Federal Trade Commission can rule to prevent mergers if they feel they violate antitrust laws. This type of merger involves a customer and a company or a supplier and a company merging. Imagine a baseball bat company merging with a wood production company. This would be an example of the supplier merging with the producer and is the essence of vertical mergers.

Market-extension Amalgamation: This involves the combination of two companies that sell the same products in different markets.

Product-extension Merger: This merger is between two companies that sell different, but somewhat related products, in a common market. This allows the new, larger company to pool their products and sell them with greater success to the already common market that the two separate companies shared.

The desired outcome of structural reform is a strong sustainable local government. There are some advantages and disadvantages of amalgamation according to the Shire of Mundaring’s Handout 01: Mergers and Acquisitions, 31(6), pp. 1-10 [06].

In a merger, two firms of about the same size, agree to establish a single new entity with the goal of floating a company that is worth more than the sum of its parts. Both companies’ stocks are surrendered and instead new company stock is issued in its place. In today’s competitive world, for any company, it is becoming harder to achieve leadership position and stay on top.

Hence, companies tend to focus on inorganic (external) growth rather than organic growth when it decides to expand its existing operations quickly. There are several ways by which companies can combine their efforts. They can partner a project, mutually agree to join forces and merge, or one company can completely acquire another company, taking over all its operations, including its holdings and debt, and at times replacing management with their own representatives. Mergers occur when two or more firms combine operations to set up a firm, with a new name.

The major goal of a merger is to achieve management synergy by creating a stronger management team. Amalgamation or Mergers have been a part of the business world for centuries. In today’s dynamic economic environment, through mergers and acquisitions, a company aims to corner a competitive advantage and ultimately increase shareholder value. The key principle behind buying a company is to improve shareholder value over and above that of the sum of the two companies in the long-term.