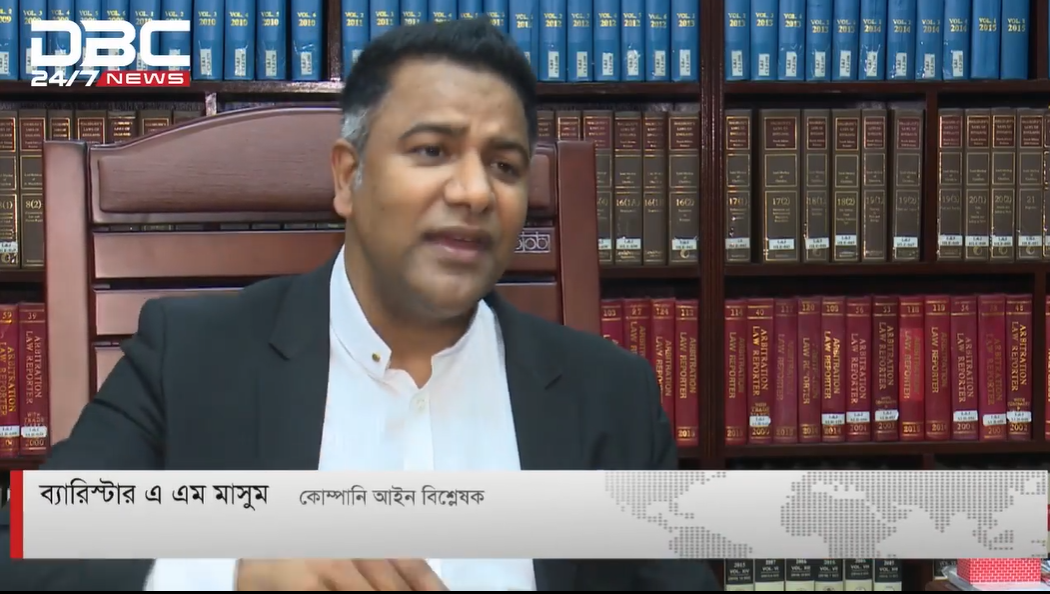 Q: “A Corporation is an artificial being , invisible, intangible and existing only in contemplation of law. It has neither a mind nor a body of its own.”- Explain & illustrate.

It is an artificial person. Chief Justice Marshall of the Supreme Court(1819) of the United States of America, in the course of a formal judicial utterance, thus defined the term corporation: “A corporation is an artificial being, invisible, intangible, and existing only in contemplation of law.

Being the mere creature of law, it possesses only those properties which the charter of its creation confers upon it, either expressly or as incidental to its very existence. By these means, a perpetual succession of individuals are capable of acting for the promotion of the particular object, like one immortal being.

”Chancellor Kent of New York, one of the most famous jurists of modern times, defines a corporation as “A franchise possessed by one or more individuals, who subsist, as a body politic, under a special denomination, and are vested, by the policy of the law, with the capacity of perpetual succession, and of acting in several respects, however numerous the associations may he, as a single individual. The object of the institution is to enable the members to act by one united will, and to continue their joint powers and property in the same body.” A corporation is a nonhuman entity.

Although some forms of companies are thought to have existed during Ancient Rome and Ancient Greece, the closest recognizable ancestors of the modern company did not appear until the second millennium. Among the ancient Greeks a kind of association called etairia corresponded in its characteristics very closely with the modern corporation.

There are certain specific situations where courts are generally prepared to “pierce the corporate veil“, to look directly at, and impose liability directly on the individuals behind the company. The most commonly cited examples are:

As artificial persons, companies can only act through human agents. The main agent who deals with the company’s management and business is the board of directors, but in many jurisdictions other officers can be appointed too. These agents enter into contracts on behalf of the company with third parties.

Corporations can be private, nonprofit, municipal, or quasi-public. Private corporations are in business to make money, whereas nonprofit corporations generally are designed to benefit the general public.

Municipal corporations are typically cities and towns that help the state to function at the local level.

Now, the type of business corporations also depends upon the specific needs of the business. The business partners or promoters will choose the corporation types that best suits their need. There are 4 types of corporations for them to choose from. Here are those:

3. LLC Corporation: The United States laws allows forming a special type of corporation, known as a Limited Liability Company (LLC). What an LLC basically means is that, it is a sole proprietorship company that enjoys some benefits.

4. S Corporation: With the Tax Reform Act of 1986, existing corporate bodies in the United States were given an offer to convert themselves into ‘S Corporations‘. This new type of corporation enjoyed advantages related to the payment of taxes.

Incorporators must follow the mechanics that are set forth in the state’s statutes. Corporation statutes vary from state to state, every statute requires incorporators to file a document, usually called the articles of incorporation, and pay a filing fee to the secretary of state’s office, which reviews the filing.

The articles of incorporation typically must contain (1) the name of the corporation, which often must include an element like Company, Corporation, Incorporated, or Limited,” and may not resemble too closely the names of other corporations in the state; (2) the length of time the corporation will exist, which can be perpetual or renewable; (3) the corporation’s purpose, usually described as “any lawful business purpose”;

A corporation is a separate legal entity. As such it allows a group of people to pool their energy, time, and money for profit or nonprofit activities. The corporation comes into legal existence when its founders comply with their state’s incorporation process.

A corporation is treated by the law as a separate “person” it has neither a mind nor a body of its own, distinct from the people who own or manage it. The corporation can enter into contracts, incur debts, and pay taxes. It has its own rights, privileges, and liabilities distinct from those of its members or individual owners.  There are different types of corporations, most of which are used to conduct business.

But Lord Haldane never used such figurative words. They may trace back to Lord Chancellor Thurlow (1731–1806), who is said to have asked rhetorically, “did you ever expect a corporation to have a conscience, when it has no soul to be damned and no body to be kicked?” they therefore do as they like.” John Poynder Literary Extracts (1844) vol. 1, p. 2 or 268.

See”A corporation is an artificial being, invisible, intangible, and existing only in contemplation of law. Being the mere creature of law, it possesses only those properties which the charter of its creation confers upon it, either expressly or as incidental to its very existence. These are such as are supposed best calculated to effect the object for which it was created.

Among the most important are immortality, and, if the expression may be allowed, individuality   South African Constitution Art.8, especially Art.(4) Phillip I. Blumberg, The Multinational Challenge to Corporation Law: The Search for a New Corporate Personality, (1993) has a very good discussion of the controversial nature of additional rights being granted to corporations European company law and the Societas Europapg-468,para-2The fact that a company has a separate persona is sometimes overlooked in the management of private companies.

Thus, in Strathblaine Estates Ltd, Re, in the voluntary winding up of a private company, it was resolved to divide the surplus assets, freehold properties, in equal shares between the shareholders and, after the discharge of its liabilities, the company was dissolved, but the legal estate in the properties was not conveyed to the shareholders who were merely given the title deeds.

Further, a company may be a director, a secretary, a manager or a trustee for debenture holders of another company an insolvency practitioner (Insolvency Act 1986 s.390(1) “A company may be a subscriber to the memorandum of, or shareholder in, another company, subject to certain statutory restrictions applying to the holding of shares by a subsidiary in its holding company”

[3] SeeShareholders must approve sale of “all or substantially all assets”, held in Gimbel (1974) to be those “qualitatively vital to the existence and purprose” of the corporation; which in Katz v. Bregman (1981) Corporate Manslaughter and Corporate Homicide Act 2007,pg-269,para-3

[5] SeeThis and other franchises are the ligaments which unite a body of men into one, and knit them together as a natural person (4 Co. 65 a); creating a corporation, an invisible incorporeal being, a metaphysical person (2 Pet. 223); existing only in contemplation of law, but having the properties of individuality (4 Wheat. Co. Litt. 132 b; 2 Day’s Com. Dig. 300; 1 Saund. Pg-345.Para-1

[6] bodies, societies and communities have the same right, but inasmuch as on the death of any person without a will, his property passes to his personal representative or heir, a mere association of individuals must hold their real and personal property subject to the rules of the common law.

A charter is not necessary to give to a body of men the capacity to take and enjoy, unless there is some statute to prevent it, by imposing a restriction or prescribing a forfeiture, where there is a capacity to take and hold; the only thing wanting is the franchise of succession, so that the property of the society may pass to successors instead of heirs. Termes de la Ley 123; 1 Bl. Com. 368-72,para-2