Following the footsteps of the French Declaration of Rights of Man and Citizen, 1789 and the American Declaration of Independence, 1776 and then the incorporation of a Bill of Right in the US Constitution in 1791 most of the democratic countries with written constitution are including a chapter for Bill of Rights or Fundamental Rights with special sanctity. Why is such a trend being followed invariably in written constitutions?

The object of enumeration of fundamental rights in a constitution is not to make them unalterable in any way but main object is that they can not be taken away by ordinary process of law making. They are placed beyond the reach of the executive and the legislative to act in violation of them. The object of the incorporation of fundamental rights in the US Constitution was pointed out by Justice Jackson—

“The very purpose of a Bill of Rights is to withdraw certain subjects from the vicissitudes of political controversy; to place them beyond the reach of majorities and officials and to establish them as legal principles to be applied by the courts. One’s fundamental rights may not be submitted to vote, they depend on the outcome of no elections.” 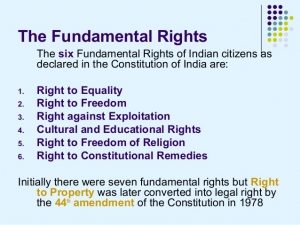 In Jibendra Kishor V. The Province of East Pakistan the Supreme Court of Pakistan held—

The same view was reaffirmed by the Pakistan Supreme court in State V. Dosso. The Indian Supreme Court in Golak Nath V. State of Punjab4 held—

“The declaration of the fundamental rights of the citizens are inalienable rights of the people     The Constitution enables an individual to oppose successfully the whole community and the state to claim his right.”

Rights and freedoms form the bedrock of democracy. No democracy can function successfully in the absence of some basic freedoms. Again, modern democratic government is a party government. The party winning majority in the election form, the government. But coming into power the government may turn itself into a dictatorial one violating the basic rights of people and oppressing the opposition. The aim of having a declaration of fundamental rights in the Constitution is to prevent such a possible danger. In other words, they provide a restraint on the power of the government so that it cannot interfere with the peoples’ basic rights according to its whims. When rights and freedoms are placed in the Constitution they become the part of the supreme law and the government cannot take them away except by constitution amending process which is always a rigid one. This is why insertion of a Bill of Rights in a written Constitution is considered to be one of the safeguards of democracy.

It is important to mention here that in Britain there is no Bill of Rights; no formal declaration of any fundamental right has ever been made. It does not, of course, mean that the rights of the people are less guaranteed in Britain. What are fundamental rights under written constitution are all ordinary rights in Britain. There the protection of rights and freedoms rests not on constitutional guarantees but on supremacy of law, i.e. the rule of law, public opinion and strong common law traditions. Though the British parliament, under the doctrine of parliamentary supremacy, can any time abridge, modify or abolish any right of the people, it is the deep-rooted democratic traditions and vigilant public opinion which act as a constant check on the parliament to do that and the power of the executive is limited in the sense that it cannot interfere with the rights of the people without the sanction of law and it is, under the doctrine of rule of law, answerable to the courts for any action which is contrary to the law of the land. But these conditions do not prevail in other countries which are composed of diverse elements, having no deep-rooted traditions of individual liberty. Secondly, almost all the modern countries emerging from the bondage of colonialism had a painful experience of denial of people’s right. They, therefore, felt that mere custom or tradition alone cannot provide to some basic rights the same protection as their importance deserves. “The unique English tradition”, as Bowic says, “is not simply exportable and other nations have generally felt that their governments need the constant reminder which a bill of rights provides, while their people need the reassurance which it can supply”