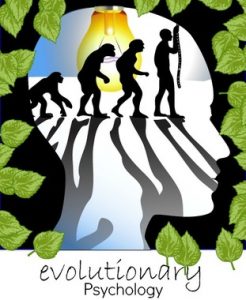 Evolutionary psychologists hold that behaviors or traits that occur universally in all cultures are good candidates for evolutionary adaptations[5]including the abilities to infer others’ emotions, discern kin from non-kin, identify and prefer healthier mates, and cooperate with others. There have been studies of human social behaviour related to infanticide, intelligence, marriage patterns, promiscuity, perception of beauty, bride price, and parental investment, with impressive findings.

The theories and findings of evolutionary psychology have applications in many fields, including economics, environment, health, law, management, psychiatry, politics, and literature.

Criticism of evolutionary psychology involves questions of testability, cognitive and evolutionary assumptions (such as modular functioning of the brain, and large uncertainty about the ancestral environment), importance of non-genetic and non-adaptive explanations, as well as political and ethical issues due to interpretations of research results.

Men can potentially have many children with little effort; women only a few with great effort. This is argued to contribute to males having more variable reproductive success than females. One argued consequence of this is that males are more aggressive, and more violently aggressive, than females, since they face higher reproductive competition from their own sex than females. In particular, low-status males may be more likely to remain completely childless. Under such circumstances, it may been have evolutionarily useful to take very high risks and use violent aggression in order to try to increase status and reproductive success rather than become genetically extinct. This may explain why males have higher crime rates than females and why low status and being unmarried is associated with criminality. It may also explain why the degree of income inequality of a society is a better predictor than the absolute income level of the society for male-male homicides; income inequality creates social disparity, while differing average income levels may not do so. Furthermore, competition over females is argued to have been particularly intensive in late adolescence and young adulthood, which is theorized to explain why crime rates are particularly high during this period.

The “evolutionary neuroandrogenic theory” focuses on the hormone testosterone as a factor influencing aggression and criminality and being beneficial during certain forms of competition. In most species, males are more aggressive than females. Castration of males usually has a pacifying effect on aggressive behavior in males. In humans, males engage in crime and especially violent crime more than females. The involvement in crime usually rises in the early teens to mid teens in correlation with the rise of testosterone levels. Research on the relationship between testosterone and aggression is difficult since the only reliable measurement of brain testosterone is by lumbar puncture, which is not done for research purposes. Studies therefore have often instead used less reliable measurements from blood or saliva. Some studies support a link between adult criminality and testosterone, although the relationship is modest if examined separately for each sex. A significant link between juvenile delinquency and testosterone levels has not been established. Some studies have also found testosterone to be associated with behaviors or personality traits linked with criminality such as antisocial behavior and alcoholism. Many studies have also been done on the relationship between more general aggressive behavior/feelings and testosterone. About half the studies have found a relationship and about half no relationship.

Many conflicts causing homicides involve status conflicts, protecting reputation, and seemingly trivial insults. Steven Pinker in his book The Blank Slate argues that in non-state societies without a police it was very important to have a credible deterrence against aggression. Therefore it was important to have a reputation for retaliation, causing humans to develop instincts for revenge as well as for protecting reputation (“honor”). Pinker argues that the development of the state and the police have dramatically reduced the level of violence compared to the ancestral environment. Whenever the state breaks down, which can be very locally such as in poor areas of a city, humans again organize in groups for protection and aggression and concepts such as violent revenge and protecting honor again become extremely important.

Some cultures place greater emphasis on protecting honor than other cultures. One explanation is that protecting honor was in the ancestral past relatively more important for herders than for farmers. The livestock of herders were easily and quickly stolen. As a result, it was important to constantly show toughness as a deterrence, which may cause a higher level of violence. The predictions of the theory was confirmed in a cross-cultural examination of traditional farming and herding Spanish-American societies. However, the prediction that sedentary fishing societies would place a low emphasis on honor was not confirmed.

The degree of cultural collectivism is strongly associated with the burden of infectious disease. It has been argued that this is due to collectivism and associated characteristics such as out-group avoidance limiting the spread of infectious diseases. Other characteristics such as strong in-group–out-group bias and willingness to defend the ingroup’s honor may promote violence. A study found strong associations between several forms of violent criminal behavior and both infectious disease rates across U.S states and degree of cultural collectivism across U.S. states. The associations remained strong after controlling for income inequality.

Sociobiological theories of rape are theories that explore to what degree, if any, evolutionary adaptations influence the psychology of rapists. Such theories are highly controversial, as traditional theories typically do not consider rape to be a behavioral adaptation. Some object to such theories on ethical, religious, political, as well as scientific grounds. Others argue that a correct knowledge of the causes of rape is necessary in order to develop effective preventive measures.

The Cinderella effect is the alleged higher rate of stepchildren being abused by stepparents as compared to genetic parents, observed in some, but not all, studies. An explanation of this affect has been attempted by application of evolutionary psychology theories. There have also been various criticisms of these theories.

Infanticide is one of the few forms of violence more often done by women than men. Cross-cultural research has found that this is more likely to occur when the child has deformities or illnesses as well as when there are lacking resources due to factors such as poverty, other children requiring resources, and no male support. Such a child may have a low chance of reproductive success, in which case it would decrease the mother’s inclusive fitness to spend resources on the child, in particular since women generally have a greater parental investment than men.