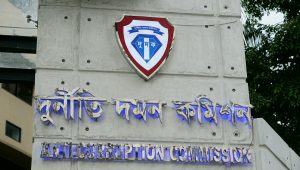 A historical view of Bangladesh is useful for understanding its current political and social environment as a Context for thinking about. Its bureaucratic tradition descends from the administration of British imperial India which ended in 1947 with the partition of India into Hindu and Muslim parts or in nation terms India and Pakistan.

The architects of the separation assigned North West and north east of corners of India and Pakistan calling them west and East Pakistan respectively From the historic sheikh Mujibur Rahaman returned in Bangladesh to resume leadership and establishment of a secular democratic state in the face of economic and political difficulties. He took greatly increased power reduced polity to one party rule of Awemelague.  He was killed with his most of the family in military coup in august 1975.

Ziaur Rahaman the then major general founded the Bangladesh nationalist party bnp and assuming the presidency after a coup in1977 gain public support by establishing the free market economic policy and amends the constitution in Bangladesh from then corruption in Bangladesh has grown. He has assassinated in1982in a failed coup and lieutenant colonel was in power and ruled up to 1990 Thenceforth the AL and BNP are distrust and almost single minded in the development of Bangladesh. In the years of 2001to2004 transparency international assessed Bangladesh as having the highest level of corruption of 170 countries that it surveys.

Historically corruption has long plagued the civil service and bedeviled attempts to curtail it. The Pakistan government responded to proliferation of corrupt practices during the Second World War with the Prevention of Corruption Act (1957) which established an anti-corruption branch in the Police Directorate at the provincial level. The East Pakistan Anti-Corruption Act 1957) provided a framework for a Bureau of Anti-Corruption (BAC) independent of the Provincial police administration, but still supervised by the district police administration. In 1964 the Government formed anti-corruption commissions at the district and divisional levels, chaired by the Deputy Commissioner and Divisional Commissioners respectively and controlled by the President’s Secretariat and Prime Minister’s Office with the changes in the system of the Government , to provide a second stage “check and Balance” scrutiny of corruption cases. In spite of these measures, BAC remained a submissive institution hobbled by weak political will, self-serving direction from high levels, ineffective regulatory instruments and internal corruption

During the end of WW II an organization by the name “Enforcement Branch” was created in 1943 under the Food Department to monitor and check pervasive corruption in the food rationing system that was about to create famine like situation in the Sub-Continent. When the measure subsequently proved to be futile the branch was placed under the CID and Anti-Corruption Act 1947 was enacted .

In the year 1957 the branch was reorganized as Bureau of Anti- Corruption duly enacting Anti-Corruption Act 1957.

Since its inception in 1943 until 1983 the organization functioned as a branch of the Police although the control of the organization passed hands between President’s Secretariat and Prime Minister’s Office with the changes in the system of the Government. However, through a notification issued by the Chief Martial Law Administrator’s Office on 19 October 1983 a separate employment charter was provided to the Bureau curtailing its dependency on the police for manpower. But the organization continued to function under the bureaucratic control.

The Anti Corruption Commission (ACC) Bangladesh was created through an act promulgated on 23 February 2004 that into force on 09 May 2004. The first set of office bearers were appointed on 21 November 2004. The following day, it commenced its journey with a mission, a vow to make a difference to the Nation’s anti corruption initiatives and a fresh mandate. While its predecessor the Bureau of Anti Corruption was abolished on the same day. Although initially, it could not make the desired impact, but immediately following its reconstitution in February 2007, the ACC began working with renewed vigor and impetus duly acceding to the United Nation’s convention against corruption that was adopted by the General Assembly way back on 31 October 2003.

The Anti-Corruption Commission Act (2004), introduced by the BNP-led Bangladesh Parliament, legislated its replacement by the ACC. The Act improved on previous law by making the ACC nominally independent and financially autonomous, providing for Special Judges for corruption prosecutions and enabling prosecution of members of the Government without the permission of the Government. However, throughout the remainder of the BNP-led government term, the ACC achieved little in the face of pervasive high-level obstruction and continuing weak political will for practical results.

This most recently-elected government, from October 2002 to October 2006, was a coalition led by the BNP, supported by Jamaat-e-Islam, Jatiya (Ershad’s party) and Islami Oikya Jote, and led by the Prime Minister, Khalida Zia. Conventionally when a government completes its constitutional four year term, the mainly ceremonial President appoints a non-partisan caretaker government to administer the country during the election period. However the BNP’s politicization of the civil service, puppet caretakers and suborned Election Commission strongly favored their return to power and continuing kept autocratic rule. In August 2006 months before the end of the Government’s term an analysis of the voter list by The Daily Star showed that it contained several million voters than could be reasonably expected to existed.

On January 11 2007, 11 days before the scheduled election when the advisors constituting the caretaker government and functionaries of the election commission had completely lost the confidence of everyone. The Chief Adviser ordered the re constitution of anti corruption commission launching the radical anti corruption campaign described in section 3 of Anti-Corruption Law 2004.

International anti-corruption agencies are involved in local stakeholder. All pillars of National Integrity System were studied in detail. After identifying the causes of corruption in each pillar, a comprehensive strategy and a detail action plan was recommended. Breaking The National Accountability Bureau is Pakistan’s apex anti-corruption organization. It is charged with the responsibility of elimination of corruption through a holistic approach of awareness, prevention and enforcement. It operates under the National Accountability Ordinance-1999, with it’s headquarter at Islamabad. It has four regional offices in the provincial capitals and one at Rawalpindi. It takes cognizance of all offences falling within the National Accountability Ordinance (NAO) .

For the initial three years, the focus of its functions was directed only at detection, investigation and prosecution of white-collar crime. Those prosecuted include politicians, public service officials and other citizens who were either guilty of gross abuse of powers, or through corruption had deprived the national exchequer of millions or resorted to other corrupt practices. In February 2002, NAB launched the National Anticorruption Strategy (NACS) project. The NACS team conducted broad based surveys, studied external models of away from traditional enforcement based routines NACS has recommended a comprehensive process. Relevant amendments have been made in NAO and now NAB is empowered to undertake prevention and awareness in addition to its enforcement functions

Our country the political parties seldom indulge in self criticism. Whichever goes the power it jumps on the state resources and devours with both the hands the political parties are not connect with this. if the party goes to power the good people fall back while the good elements go forward. The corrupt people are not tried. They find escape through the loopholes of law courts. Politics is resorted to on the issue of corruption. Effective measures should be considered on how to get rid of it . This kind of corruption occurs predominately in developing and loss developed countries usually Bangladesh and Pakistan and other countries.

Usually associated with the electoral process-Includes-

though fraud. The financial sector cannot be developed if the banking sector is not reformed through the instruction of ACC.