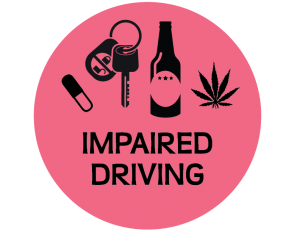 Impaired driving is a serious criminal offence these days. Driving a truck, boat, car, snowmobile, aircraft, train or other motor vehicle when the capability to control the vehicle is impaired by alcohol or some other drugs is known as impaired driving. In short, it is defined as driving under the influence of alcohol or drugs.

If a person is caught driving very slow or too fast or if he or she is unable to control easy tasks, had bloodshot eyes, inaudible speech, he or she is charged of this driving offence. Such an individual needs to give a breath test as per the demand of the police. The test is conducted for determining the blood alcohol concentration. If the alcohol content in a person’s blood is found above the legal limit, serious consequences are imposed on him or her. Being “over the legal limit” means that the alcohol content found in the blood is over 80 mg of alcohol in 100 ml of blood.

It is a serious criminal offence and the accused has to face severe penalties. Let us discuss about the penalties faced by drunk drivers in this case.

For the first offence

For individuals who are caught for the first time, a fine of at least $600 is imposed. Not only this, they also lose the right to drive for a period of time. Some of the individuals caught might be innocent or wrongfully accused, but the moment they are charged, they lose their license for at least one year to three years.

For the second offence

For individuals caught for the second time, the penalties are much more severe. They are sentenced to 14 days jail. Moreover, they are prohibited to drive for a long time period of two years to five years.

Repeat offenders are sentenced to 90 days imprisonment. They are imposed a driving prohibition for at least three years. In many cases, lifetime ban is also imposed on individuals who are caught several times.

Thus, it becomes clear from the above discussion that impaired driving can badly affect the accused. In such cases, hiring an experienced criminal lawyer becomes very important. A criminal lawyer provides the accused with a powerful representation in the court of law.