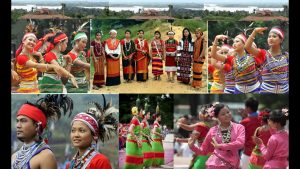 Bangladesh is home to more than 54 indigenous peoples who speak at least 35 languages, along with the majority of the Bengali population. Bangladesh has not adopted the United Nations Declaration on the Rights of Indigenous Peoples, and the economic and political rights of the country’s indigenous peoples continue to be ignored.

Tribal people of Bangladesh and their culture

The government of Bangladesh does not recognize indigenous peoples as indigenous. However, since the amendment of the 2011 Constitution, peoples with different ethnic identities than the Bengali population are mentioned. However, only cultural aspects are mentioned, while issues related to the economic and political rights of indigenous peoples, in particular their rights to land, continue to be ignored.

The situation of the indigenous people in the world is not encouraging. According to an estimate, there are about 370 million indigenous people spread across 70 countries. Individual groups practice their uniqueness, different from those of the dominant communities they live in. They are the descendents of those who originally took up habitation in a geographical location. Other settlers, who came through conquest, occupation, encroachment, or other means, gradually joined them.
Ultimately, when and where these intruders and occupiers became more dominant than the original population, the indigenous people were displaced and driven away from their ancestral homelands. Today, these indigenous populations throughout the globe, including Bangladesh, are facing similar problems and are fighting for their land and way of life.
Bangladesh has quite a few varieties of indigenous communities living in various parts of the country. Though the total indigenous population is about one million, or less than 1% of the total population, it consists of 45 indigenous communities using about 26 different languages.
Most indigenous people live in the rural settings of Chittagong Hills and in the regions of Mymensingh, Sylhet and Rajshahi. Most of the tribal people are of Sino-Tibetan descent, and have distinctive Mongolian features. These indigenous people differ in their social organisation, marriage customs, birth and death rites, food, and other social customs, from the people of the rest of the country. In the mid-1980s, the percentage distribution of tribal population by religion was Buddhist 44, Hindu 24, Christian 13, and others 19.
Each indigenous community, however small it may be, has a distinctive culture and heritage. The leaders from those communities express concern that those are fading away due to lack of government patronisation and aggressive activities by sections of local people. They complain that their rights are often violated both by the government and by Bengalis. These can be protected only if the government shows more awareness and sensitivity to indigenous causes and comes forward and take steps.
How the indigenous people were forced to lose their dominance in their own locality is shown in the table as a progressive decline of indigenous population in context of the total population in Chittagong Hill Tracts over a period of time (see table).
Problems faced by the indigenous population of Bangladesh may be categorised as follows:

Bangladesh is a poor country. But, it may not be wrong to say that, with very few exceptions, Bangladesh’s indigenous peoples are by and large the poorest among the poor. It cannot be denied that they face discrimination in education, employment, and civil rights. Decades of violence between indigenous-led insurgencies and government security forces in the Chittagong Hill Tracts gave rise to social tensions there which still persist despite the signing of a peace accord nearly ten years ago. Allegations of serious human and civil rights abuses against members of indigenous communities surface every now and then.
The diversity of our culture due to the presence of indigenous communities is providing extra vigour to the national fabric of Bangladesh. Moreover, indigenous people are the original inhabitants of our country. So, they have the same right we have over Bangladesh, if not more.

Along with the official language of Bengali, the indigenous peoples of Bangladesh speak at least 35 languages. Measures have been taken to include teachers from indigenous groups and texts in indigenous languages ​​at the pre-primary school, and the government has distributed books for the nursery school in five indigenous languages, namely Chakma, Garo, Kokborok, Marma and Sadri.

However, the government has not yet taken any action to train an adequate number of qualified teachers with the necessary linguistic skills in these languages ​​and has not yet presented a plan for native education in the later stages for the pre-primary level, nor for other indigenous languages.

Two disastrous events in the past month have once again highlighted the vulnerability of indigenous peoples in Bangladesh.On June 2, a Bengali Muslim mob, enraged by the alleged murder of a local politician by indigenous men, attacked their villages at Rangamati district in the Chittagong Hill Tracts. The violence reportedly left seven villagers killed, dozens injured and 300 houses destroyed, with police confirming two deaths. Among some 300 accused, only a dozen attackers were detained.The ridiculous failure to protect indigenous peoples from violence is a prime example of state negligence toward them.Two weeks later, deadly landslides hit southeast Bangladesh, badly affecting the Chittagong Hill Tracts in particular. Over 160 were killed, dozens injured and thousands lost their homes. Most of the victims were poor indigenous people.This was a disaster waiting to happen. Just days before, Cyclone Mora had lashed its wild tail, causing massive deforestation and cutting off the hills from Bengali Muslim settlers. The fatalities surpassed the 2007 landslide that killed 127 when it struck the same region.

The situation of indigenous women continues to be alarming. Sexual and physical attacks have become a common means of being used against indigenous women and girls, while none of the alleged perpetrators have been brought to justice. In 2016, Bangladesh was revised by the United Nations Convention on the Elimination of All Forms of Discrimination against Women (CEDAW). The concluding observations highlight that the government should: “effectively investigate all reports of gender-based violence against indigenous women related to land grabbing and take steps to bring those responsible to justice.” In 2017, at least 56 indigenous women and girls were sexually assaulted.