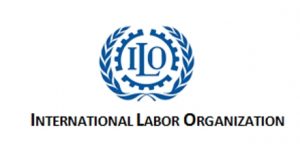 Yes. HR professionals should have a basic understanding of international labor standards. While they are not well known in the US, they are in most other countries and are of increasing importance in the United States.

What are international labor standards?

An international labor standard is promulgated by the International Labour Organization (ILO), the United Nations’ labor and employment relations agency. Most standards are in the form of Conventions, which are treaties ratified by member nations. Recommendations are also technically standards, but are not ratified and just serve as guidance.

There are 190 Conventions and 204 Recommendations. Of those, eight Conventions are considered “core” international labor standards. Those core standards deal with the freedom of association and the right to collective bargaining, eliminating forced or compulsory labor, the abolition of child labor and eliminating discrimination regarding employment and occupation.

By ratifying an international labor standard, a nation agrees that it will incorporate the standard into its internal laws so the laws comply with the mandate set forth in the standard. For example, the United States has ratified ILO Convention 182, a core standard on the worst forms of child labor. That standard is primarily implemented in the United States through the federal Fair Labor Standards Act.

In 1998, the ILO adopted the Declaration on Fundamental Principles and Rights at Work, which commits all member nations to respect and promote principles and rights in the four core categories, whether or not they have ratified any of the core standards.

How do international labor standards work with U.S. law?

Where the United States has ratified a standard, then that standard is encompassed in existing law – the Fair Labor Standards Act, National Labor Relations Act, Occupational Safety and Health Act, etc.

Why are international labor standards important in the United States?