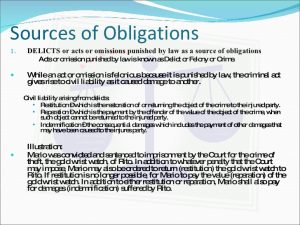 Local Authorities (Councils) owe a variety of obligations imposed by law to those who occupy (or who might occupy) accommodation provided by the Council. These duties will be examined with particular reference to four categories of person:

The provisions of Pt III of the Housing Act 1985 consolidated provisions first introduced by the Housing (Homeless Persons) Act 1977 which placed an obligation upon local authorities to secure that accommodation is made available (whether from its own stock or by securing that it is provided by someone else) for:

It is necessary to examine in further detail the concepts of “priority need” and “intentional homelessness” which have subsequently caused political controversy and which are specifically addressed by the Housing Act 1996. The former was previously defined by s.59 of the 1985 Act and the latter by s.60. Various consultative documents[1] led to a White Paper[2] and a linked Consultation Paper[3] eventually reflected in Pt 6 of the 1996 Act.

It will be submitted that the introduction of the concept of “priority need” reflects a political and practical imperative to restrict the scope of a local authority’s duty. The term is defined by s.189 of the 1996 Act and extends, in broad terms, to:

Those who fail to qualify under the above criteria are only owed “advice and information” (s.179). Accordingly, the common public perception that local authorities owe a duty to rehouse “the homeless” per se is erroneous and single men without children or disability can frequently find themselves without substantive provision. It will be further argued that the concept of “intentional homelessness” can also be applied artificially and inflexibly to reduce demands upon public housing stock.

Section 21(1) of the National Assistance Act 1948 provided that local authorities should, under the direction of the Secretary of State, make arrangements for the residential accommodation of persons over the age of 18 who by reason of age, illness, disability or any other circumstances are in need of care and attention. However, the antiquity of this legislation is such that it cannot have foreseen the burdens placed upon the public housing system in particular local authority areas by the desire of the current volume of asylum seekers to live therein. This legislation does not sit well with the obligations toward such individuals imposed by s.95 of the Immigration and Asylum Act 1999. This results in a situation in which the obligation to provide accommodation for asylum seekers is that which is “adequate” and a controversial system of dispersal to particular areas under the scheme operated by the National Asylum Support Service is in operation. It will be argued that there is therefore demonstrable disadvantage to those housed under these criteria (including a potential breach of Art. 3 of the Human Rights Act 1998 in respect of the dispersal policies) while at the same time, the obligations (even if reduced in terms of the type and quality of resultant provision) to house asylum seekers derogate from the rights afforded to other categories of persons entitled to council accommodation.

The effect of s.189 of the Housing Act 1996 has already been outlined under “The Homeless” above. The fact that pregnant women exist as a distinct category of those in priority need in addition to the non-gender-specific category of those with whom dependant children reside immediately highlights the discriminatory approach of the legislation toward single fathers, an issue which merits further exploration.

Perhaps surprisingly in view of the priority accorded to the elderly and disabled, children (who might be argued to be at least as vulnerable) do not qualify for priority need in their own right[4]; they may only obtain provision through the qualification of the adult with whom they reside albeit that it is often only the fact of their residence that in turn qualifies the adult. It will be argued that the operation of this principle together with the effect of provisions such as s.17 of the Children Act 1989 betrays a political preference to sustain at least one parent and a child as a conventional family unit.

However, in approaching the issue of housing the single parent, it will be necessary to disentangle fact from the media hype and public opprobrium currently surrounding teenage pregnancies. In particular, the folk-myth that young women become pregnant specifically to avail themselves of housing and other welfare benefits can be exploded by reference to evidence assembled by the Economic and Social Research Council and others.

Although there will inevitably be overlap with the consideration of asylum seekers (most if not all of whom may lay claim to membership of such a category), current housing legislation does not refer specifically to ethnic minorities in determining housing need. As under the previous headings, there is a tension between public perception of groups such as travellers receiving disproportionate local authority consideration (not only in respect of housing but also in such areas as the application of planning laws) and the frequent reality. The Commission for Racial Equality[5] has expressed concern that the current major shortage of site provision by local authorities for Romany Gypsies and Irish Travellers may represent a breach of obligation to such individuals as members of racial groups protected by the Race Relations Act 1976.

Additionally, it will be necessary to examine research directed at the question of whether members of the African and Asian communities are favoured in terms of housing priority over their Caucasian counterparts or vice versa with the implications that this would have for Article 141 of the EC Treaty. Again it will be necessary to distinguish myth from reality just as in the debate over educational attainment or the commission of crime by members of the Afro-Caribbean community. It will be seen that there are factors at work which may give rise to mistaken assumptions where the root cause is other than ethnicity.