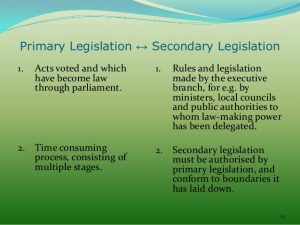 UK being a common law jurisdiction where judges are technically allowed to make new offences which means they can create laws on the whim (though seldomly seen now, a lot of offences even existing today were created by judges). Judiciary now tends to leave parliament to make laws and advises its judges to limit themselves from being too adventurous. 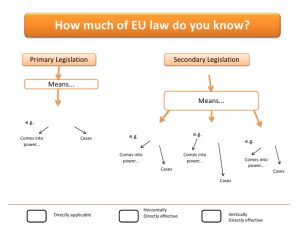 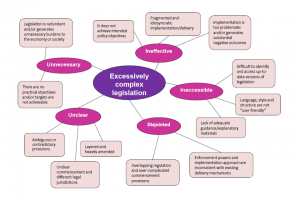 English parliamentary systems consists of three branches of government—executive, legislative and judicial—the legislative branch being the most powerful. Theoretically a democratic government having three branches of government are equal in power, which avoids tyranny when power is too saturated on one part of government. Having the majority forming an executive and the same party member dictating the legislative process, the separation of power does seem to be murky. But the “belief of doing right” and “fear of election”, forces politician to not roam afar from their constituents.

The process from Bill to becoming an Act

When a parliament makes a law, called an act, it is binding on the other two branches of government. Acts are made by a majority vote of the legislature.The exact process differs in different parliamentary systems. In a bicameral (two-chamber) system there is usually a lower house (such as the House of Commons in the UK) and an upper house (such as the House of Lords).A new law starts out as a bill, usually in the lower house. It must pass both houses before it can become an act. Other systems use a unicameral or one-chamber legislation. In either system, an act becomes the law. Judges and the courts have almost no authority to challenge the validity of a law.The only exception being the case when limitation are self-imposed by the parliament itself for e.g. The Human Rights Act 1998 allows courts to declare laws being incompatible with EU Laws and can ask parliament to amend it.

In the United States, primary legislation is, at the federal level, an Act of Congress. A statute that delegates authority or responsibility to an agency is called an authorizing statute.A law created by the executive branch of the United States Government or that of a state government as the result of primary legislation is called a regulatory law. 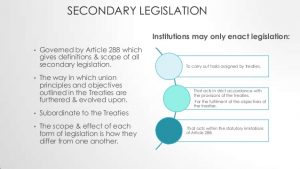 Each society in the world in order to function properly needs certain set of rules that would protect the society and its individuals, secure their rights and freedoms and provide solutions to social problems. Throughout the history, people willingly started to transform or organise their societies into states – higher authorities as a better way of executing such rules. The set of these rules soon became a system of legal rules called the law which has been made and enforced by the State. To secure the highest precision and effectiveness law began to be specialized according to its target issues and areas of society and consequently classified and distinguished primarily as public and private law, civil and criminal law or domestic and international law.

The classification across countries remains generally the same however the source of the law differs greatly what is a result of varying historical and political development. The political system of the United Kingdom recognizes number of such sources however the three are the most important: Case Law – where law is administered through a hierarchical system of courts: cases decided on a higher level are binding on all lower courts what is also known as binding precedent; another source is called primary legislation or statute – law is made and approved by legislative bodies such as the Parliament and after gaining Royal Assent it becomes an Act. The other important source is secondary or delegated legislation that arises when the Act delegates additional law-making powers to another body or person other than the Parliament. (Preston-Shoot, 2009, p.3). In the recent time a new source of law emerged derived from Britain´s membership in the European Community since Community law are binding to all member states. However, the first three sources still retain its high importance and form a unique and highly characteristic basis of political system different from the political systems of the continental Europe and in particular, it is the notion of – primary and secondary legislation. This type of legislation then has inspired this essay and became its core.

The aim of this seminar paper is to examine the main features of primary and secondary legislation as applied in the United Kingdom, outline their main differences and relations and evaluate this-type-legislation´s advantages and disadvantages.

Primary legislation is the general term embracing main laws passed by the legislative bodies of the United Kingdom such as Acts of Parliament, Acts of pre-UK Parliaments, Acts of the Scottish Parliament, Measures of the national Assembly for Wales, Acts of the Northern Ireland Assembly and Church of England Measures passed by the General Synod. (Introduction to UK legislation, 2009, para 2). The actual formal procedure of passing the Act in Parliament is very complex and difficult. It starts with its representation as the Bill, usually in the House of Commons in a first reading. Subsequently, in a second reading it undergoes a very close scrutiny and debate where various amendments may be applied. In the final third reading, the Bill is introduced without the possibility to be further amended. After that, the Bill goes to the House of Lords where more or less the same procedure is applied.

Such complicated procedure and frequently the detailed scrutiny of the Bill takes a great amount of time and can cause significant delays in the emergency situations. Additionally, it does not secure that the Parliament is able to foresee all the problems which may arise in connection with it. (Parliament & English Law – Delegated legislation, 2006, para 3). Another wantage of such procedure is its costingness where the introduction of the new legislature demands a great deal of resources and that it can be fairly pricey especially when a Bill fails to be passed and the elected government brings it back for voting until it gets passed. Frequently this results in that the original Bill significantly differs from the passed Bill since it needs to be amended in order to satisfy each Parliamentary Committee.

The secondary legislation-making process is not as complicated as in primary legislation and passing it is not so time consuming. Generally, it is made by being signed by the delegated person-usually from the field of expertise of the Bill; however in some cases the Queens assent may be needed. This makes the legislation very flexible and speedy as the circumstances change or unforeseen problems occur especially in the need of emergency. This way it also relieves the Parliament from specific debates concerning detailed technical matters which are in that case rather discussed with particular experts from the field what makes the law more precise and efficient.

Still, some critics claim that this type of procedure is undemocratic, as the legislative powers are shifted to executive or that it moves power from the Parliament to hands of individuals since only a few people are involved and that there is no place for any scrutiny or debate. They argue that it represents the threat of misusing the law as well as a loss of control over the laws that get passed through since the great amounts are passed what is often connected with a lack of publicity and knowledge about the enforced rules. For these reasons, parliamentary together with judiciary reviews and controls were appointed to reduce the above mentioned issues to minimum; the majority of delegated legislation is then subject to negative resolution procedure and other controls. However, many Statutory Instruments are not required to be laid before the Parliament and are therefore not subject to any Parliamentary control. (Statutory Instrument Practice, 2003, para 4.7.2).

To conclude, the essay dealt with the unique political system of the United Kingdom in particular with the terms of primary and secondary legislation as two of the most important sources of legal rules. It attempted to examine the main features of legislation, it outlined their main differences and relations and evaluated these-types-legislation´s advantages and disadvantages.

The essay showed that primary legislation can metaphorically function as a skeleton, onto which further defining detail is added by secondary legislation. The main advantages of the system of delegated legislation in contrast with the primary legislation are that they allow the laws to be passed faster, more flexibly and make the laws more precise as they can be designed by those with the best technical knowledge on the area they will be used for.

The main disadvantage is that secondary legislation takes the legislative power and control away from Parliament what might be regarded as undemocratic as well as it does not undergo sufficient scrutiny and debate what may represent a threat of being misused. And as the great amount of bills is passed, many a time quantity overcomes the quality.

However, despite the disadvantages, advantages dominate and therefore this system of law-making still retains its effectiveness and high importance in British political procedures although as the critics say it might need further amendments and reforms.