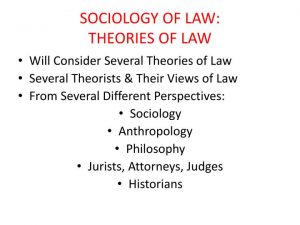 In 1963, the U.S. Supreme Court ruled that in all felony trials the accused must be provided with legal counsel. The case of Gideon v. Wainwright (372 U.S. 355, 1963) was widely celebrated as a David and Goliath story of the triumph of the rule of law: An indigent defendant’s handwritten petition had persuaded all nine justices of the Supreme Court to provide a nationwide right to counsel (Lewis 1964). Shortly after Gideon’s victory, Blumberg (1967) published an empirical case study describing the actual work of criminal defense attorneys. That study suggested that Gideon’s case had little relevance to the 90 percent of felony convictions that the prosecution wins not in a courtroom trial but through informal plea bargaining. Moreover, the attorneys to whom the poor were now constitutionally entitled, Blumberg contended, had over the years mutated from trial advocates into bureaucratic cogs whose primary function was to assist the state in processing legal files efficiently.

Blumberg’s deconstruction of the legal myth of the centrality of criminal trials and adversarial counsel exemplifies two central features of the sociology of law. First, that field challenges legal formalism, the philosophy that the law stands above social life, develops according to its own internal logic, and autonomously constrains or facilitates social interaction. A sociology of law becomes essential once the law’s dependence on its social organizational context is recognized (for a defense of legal formalism as a research agenda, see Watson 1985). Blumberg tried to show that the right to legal representation is contingent on the economics of legal services and the networks of dependency that link judges, prosecutors, and defense attorneys in ways that undermine the abstract legal model of the adversarial contest. Second, Blumberg’s case rests on observations of legal practice rather than interpretation of the texts of cases and legislation, the stock-in-trade of conventional legal scholarship. As empirical evidence continued to accumulate, Blumberg’s (1967) conclusions about the origins, causes, and consequences of plea bargaining were qualified or supplanted; later research suggests that plea bargains may be even more adversarial than trials ever were (Feeley 1997), that the relationship between caseload pressure and plea bargaining is complex (Holmes et al. 1992), and that the real role of the courtroom trial may be independent of its frequency of occurrence because out-of-court negotiations are conducted “in the shadow of the law” (Mnookin and Kornhauser 1979). Blumberg’s study and the later work it inspired illustrate how the sociology of law examines empirical evidence to understand how law is created, enforced, and manipulated in the context of social organization.

The sociology of law became clearly established as an academic field of learning and empirical research after the Second World War. After World War II, the study of law was not central in sociology, although some well-known sociologists did write about the role of law in society. In the work of Talcott Parsons, for instance, law is conceived as an essential mechanism of social control. In response to the criticisms that were developed against functionalism, other sociological perspectives of law emerged. Critical sociologists, developed a perspective of law as an instrument of power. However, other theorists in the sociology of law, such as Philip Selznick, argued that modern law became increasingly responsive to a society’s needs and had to be approached morally as well. Still other scholars, most notably the American sociologist Donald Black, developed a resolutely scientific theory of law on the basis of a paradigm of pure sociology. Equally broad in orientation, but again different, is the autopoietic systems theory of the German sociologist Niklas Luhmann, who sees law as normatively closed, but cognitively open system (autopoiesis is discussed below under Contemporary perspectives).

Social philosopher Jürgen Habermas disagrees with Luhmann and argues that the law can do a better job as a ‘system’ institution’ by representing more faithfully the interests of everyday people in the ‘lifeworld’. Yet another sociological theory of law and lawyers is that of Pierre Bourdieu and his followers, who see law as a social field in which actors struggle for cultural, symbolic and economic capital and in so doing develop the reproductive professional habitus of the lawyer. In several continental European countries empirical research in sociology of law developed strongly from the 1960s and 1970s. In Poland the work of Adam Podgórecki and his associates (often influenced by Petrazycki’s ideas) was especially notable; in Sweden empirical research in sociology of law in this period was pioneered especially by Per Stjernquist, and in Norway by Vilhelm Aubert.

In more recent years, a very wide range of theories has emerged in the sociology of law as a result of the proliferation of theories in sociology at large. Among the recent influences can be mentioned the work of the French philosopher Michel Foucault, the German social theorist Jürgen Habermas, feminism, postmodernism and deconstruction, neo-Marxism, and behaviorism. The variety of theoretical influences in the sociology of law has also marked the broader law and society field. The multi-disciplinary law and society field remains very popular, while the disciplinary speciality field of the sociology of law is also “better organized than ever in institutional and professional respects.