Home » Law and Ethics » WHAT IS INTENTION IN LAW ? 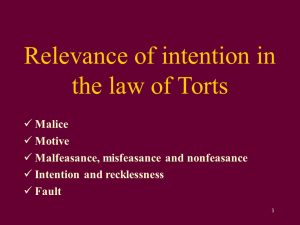 The parties must intend the agreement to be legally binding. But how can the court find out what is in the parties’ minds? The nearest the courts can get to discover this intention is to apply an objective test and judge the situation by what was said and done. The law divides agreements into two groups, social & domestic agreements and business agreements.

This group covers agreements between family members, friends and workmates. The law presumes that social agreements are not intended to be legally binding. See, for example:

However, if it can be shown that the transaction had the opposite intention, the court may be prepared to rebut the presumption and to find the necessary intention for a contract. The cases show it is a difficult task to rebut such a presumption.

Agreements between a husband and wife living together as one household are presumed not to be intended to be legally binding, unless the agreement states to the contrary. See:

The presumption against a contractual intention will not apply where the spouses are not living together in amity at the time of the agreement.

If a social agreement will have serious consequences for the parties, this may rebut the presumption. See:

It seems that agreements of a domestic nature between parent and child are likewise presumed not to be intended to be binding.

Where the parties to the agreement share a household but are not related, the court will examine all the circumstances. 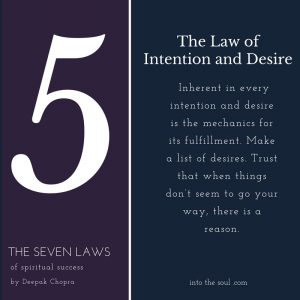 In business agreements the presumption is that the parties intend to create legal relations and make a contract. This presumption can be rebutted by the inclusion of an express statement to that effect in the agreement. See:

Similarly, football pools stated to be “binding in honour only” are not legal contracts so that a participant may not recover his winnings.

Contractual intention may be negatived by evidence that “the agreement was a goodwill agreement &ellip; made without any intention of creating legal relations”: Orion Insurance v Sphere Drake Insurance [1990] 1 Lloyd’s Rep 465.

If a clause is put in an agreement and the clause is ambiguous then the courts will intervene and interpret it.

Contractual intention may be negatived by the vagueness of a statement or promise. See:

There are situations where it would appear at first sight that the parties had entered into a commercial agreement, but, nevertheless, a contract is not created: 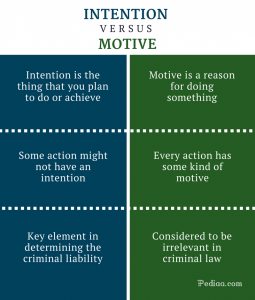 For the purposes of attracting custom, tradesmen may make vague exaggerated claims in adverts. Such statements are essentially statements of opinion or “mere puff” and are not intended to form the basis of a binding contract. By contrast, more specific pledges such as, “If you can find the same holiday at a lower price in a different brochure, we will refund you the difference”, are likely to be binding (See Carlill’s Case [1893]).

A statement will not be binding if the court considers that it was not seriously meant. See:

This is a document supplied by a third party to a creditor, indicating a concern to ensure that a debtor meets his obligations to the creditor. Depending on the terms, such letters may be either binding contracts or informal and uncertain assurances resting entirely upon business goodwill.

This is a device by which one person indicates to another that he is likely to place a contract with him, but is not yet ready to be bound. A typical example of a situation where a letter of intent might be provided is where a main contractor is preparing a tender and he plans to sub-contract some of the work. He would need to know the cost of the sub-contracted work in order to calculate his own tender, but would not want to be committed to that sub-contractor until he knows whether his tender has been successful. In these circumstances, the main contractor writes to tell the sub-contractor that he has been chosen.

Where the language of such a letter does not negative contractual intention, the courts can hold the parties to be bound by the document. They will be inclined to do so where the parties have acted on the document for a long period of time or have expended considerable sums of money in reliance on it (Turriff Constructuion v Regalia Knitting Mills (1971) 22 EG 169 – letter of intent held to be a collateral contract for preliminary work).

This is an agreement between a trade union and an employer regulating rates of pay and conditions of work. Section 179 of the Trade Union and Labour Relations (Consolidation) Act 1992 states that such agreements are not intended to be legally enforceable unless they are written and expressly affirm that they are to be binding.

This section is for ‘A’ Level students as this issue has appeared on ‘A’ Level Law exam papers, but may also be of interest to ILEx students. Consider the following extract from John N. Adams & Roger Brownsword, Understanding Contract Law, Third Edition, p36-7:

“… in Esso Petroleum Co. Ltd v Customs and Excise Commissioners (1976), the question was whether Esso were liable to pay purchase tax on some promotional World Cup coins (advertised as “free” at Esso garages at the rate of one coin to every four gallons of petrol purchased). For reasons which need not detain us, this question hinged on whether the coins were sold to the motorist. To this apparently simple question three different answers were offered.

One view (taken by the trial judge, Pennycuick V.-C., and by Lord Fraser who dissented in the House of Lords) was that the motorist had a straightforward contract for the coins as part of the undisputed contract for the purchase of petrol.

A second view (supported by the three members of the Court of Appeal, and by Viscount Dilhorne and Lord Russell in the House of Lords) was that the motorist had no contract for the coins, the coins being a gift. According to this interpretation, the promise to deliver the coins was not binding on Esso.

The third view (relied upon by Lords Wilberforce and Simon in the House of Lords, and given as an alternative interpretation by Lord Denning M.R. in the Court of Appeal and by Viscount Dilhorne and Lord Russell in the House of Lords) was that there were two contracts involved in the transaction: one a straightforward contract for the purchase of the petrol, and the other a so-called “collateral contract” concerning the coins. The terms of the suggested “collateral contract” concerning the coins were to the effect that the garage promised to give the motorist a coin in return for the motorist entering into a contract to buy four gallons of petrol, not, it should be noted, in return for the motorist promising to pay money for the coins as such. Although this collateral contract analysis treated the coins as the subject matter of a contract, it was agreed that under the definition of a “contract of sale goods” in the (then applicable) Sale of Goods Act 1893, this was not a contract of sale since the consideration for the coins under the contract was not money.